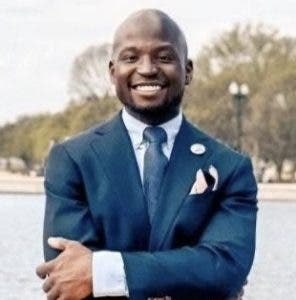 Mr Oye Owolewa cruised into victory on Tuesday night to become the first Nigerian-American to be elected to the U.S. Congress.

The 30-year-old is heading to the U.S. Senate to represent the District of Columbia (DC) as a shadow congressman under the Democratic Party.

Owolewa garnered a whopping 164,026 votes, representing 82.84 per cent of the total votes cast.

Voters in DC elect two shadow senators, who are not officially sworn or seated by the U.S. Senate.

These non-voting delegates can vote in committees, speak on the floor of the chamber, and sponsor legislation, but cannot vote at plenary.

“Looks like WE DID IT!!! I want to thank everyone, from family and close friends to DC residents,” Omolewa said on Instagram.

“Because of your contributions and sacrifices, I stand before you as America’s first Nigerian-American congressman.

“In this role, I’m going to fight for DC statehood and bring our values to the lawmaking process.

“While today is a day for some celebration, the hard work also follows. Again, thanks so much for everything. I wouldn’t be here without you all,” he said.