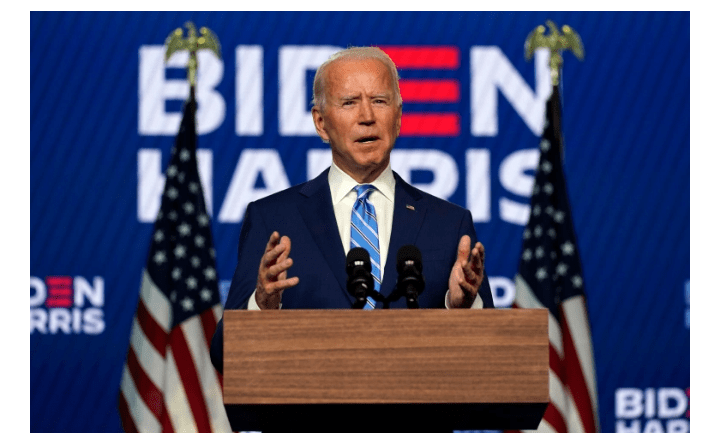 The presidential hopeful also called for every vote to be counted, in reaction to President Donald Trump’s attempts to halt the counting of ballots in key states through lawsuits

In his latest tweet, Biden, who leads in the presidential race, revealed that they have “assembled the largest election protection effort in history to fight back”.

Trump’s lead over Biden as votes continued to be counted is rapidly diminishing in a number of battleground states, including Pennsylvania and Georgia.

And the incumbent had earlier on Thursday rejected the results citing “shenanigans.”

“Donald Trump is going to court to stop votes from being counted. We have assembled the largest election protection effort in history to fight back and need your help,” Biden declares.

Buhari off to Guinea-Bissau Wednesday