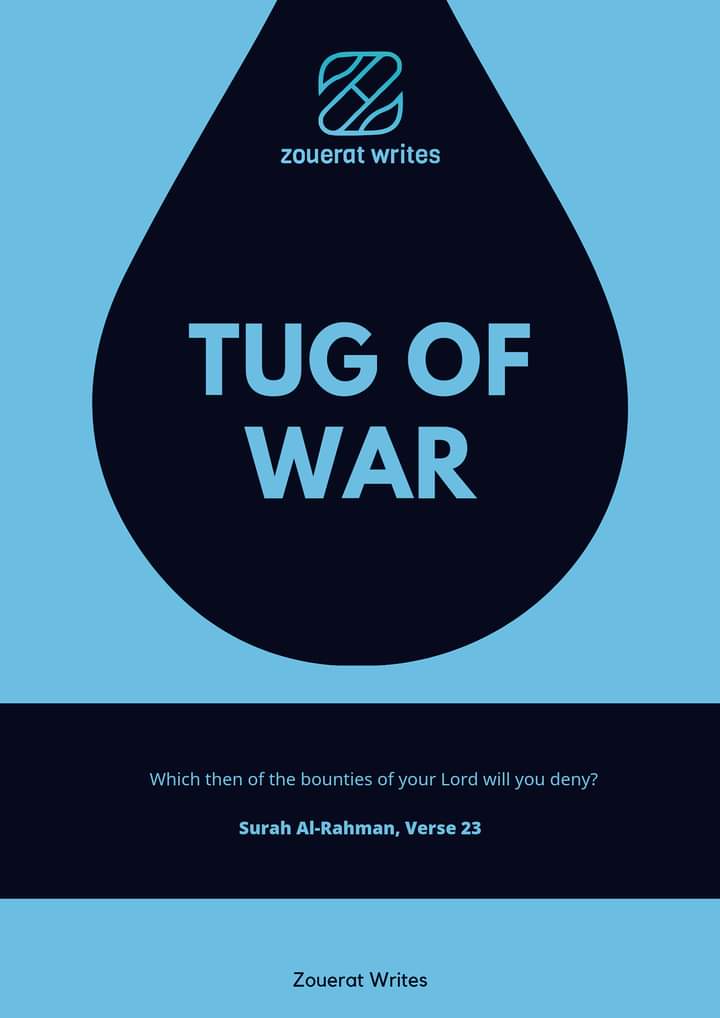 Each year, whenever I want to write this story, something usually pulls me back. Until this year, I had to remind myself how I have promised myself to use my story to teach and inspire people.

I could have written this any other day but I always wanted to write it on the exact date it occurred and that is why I have carried it over till today.
So I have decided to write this today because I want to take you and me down memory lane, especially because I want us, most especially me, to feel the realm of how the event occurred again because each time I remember, I just can’t fathom the mercy of Allah in my life. The mercy of my RABB is way beyond what I can comprehend. How much he loves me even when I had no idea about what my existence on this earth is for; to worship him. Yet, he preserved me and guided me to the right path, not just being a Muslim but a Muslim upon Sunnah. Now tell me why won’t I be grateful to ALLAH the LORD of the Worlds.

A tug of war between me and a kidnapper who disguised as a bike man in a city I just started living in which I was not familiar with the route then. I have barely spent four months.

On this particular day, my two friends and I were coming from a friend’s place, another nearby campus. Because it was nearby we were so comfortable with our stay that we didn’t leave early.

When we eventually left and got the place to board a bike to our hostel. My friends left first, since we were three, I had to wait for the next available bike.

So, I boarded a bike, he took only me. It was later reflected that as soon as I got on the bike I felt kind of sedated, I was too relaxed. When we were about to reach my area, he pleaded with me that that there were policemen at the front and he just resumed work and hasn’t made many sales for him to tip them so he will want to pass another route to dodge them, he pleaded. I reluctantly agreed. Then he made a turning to the left side of the road instead of going straight. We kept going, commonsensical, I felt he should have already made another turning to the right side to lead to my hostel route but no, he kept going. At some point I questioned him. ’’Calm down now, do I look like a kidnapper to you?’’ he told me. I didn’t say anything, I just kept mute like a dolly. A police patrol Black Maria Vehicle passed us by while we were on the move, yet we kept going. At some point, I realised we were heading to a main express road. I told myself there is no way this place could lead to my hostel. ’’Drop me!! I am not going again!’’ I said angrily while It seemed I have come back to my senses, not knowing that he had already reached his destination. Before I could say something else, he made a turning by the right and parked in the middle of nowhere, everywhere was dark, he came down from the bike before I could realise what was happening, he dragged me closer to himself and gave me a hot slap. Everything on me dropped on the floor. ’’Ori e ti yi pelu bi o ti e se n dami lamu yen’’ (You must be crazy for the fact that you are have been disturbing me) he said while he gave me the dirty slap.

It then occurred to me that I was in big trouble, a big mess at that! At a period, I had no idea of any azkhar to say I was just crying, tears started flowing down my cheek while he held my hand and I was trying to let him go of me. He is a grown man while I was young, in my late teen. To tell you that he is much stronger than me.
’’What did I do’’ I was asking continuously while crying ’’Please…’’ I kept begging endlessly while dragging with him. Then, my phone started ringing, I looked behind on the floor, IRREPLACEABLE was calling me; it was my dad. It kept ringing and ringing

By Allah, that call changed everything. I pitied my dad ’’If I die now how will my dad feel, Is this how I will repay him? When will he give birth to another child that will be as old as I am today?’’ I asked myself a series of questions in my mind, knowing how much my dad loves me and how much he has suffered over me, how much he had gone through to keep me in that school. He didn’t send me to go and greet anyone. He must not even know that I was outdoor at that time of the day. All those thoughts happened within mini-secs.

Then, I told myself ’’Doyin, you have to pick one. It is either you die here today or you save yourself.’’ That was when the adrenaline in me popped up and my energy tripled. I started dragging with him while I was screaming ’’Egbami ooo!’’(Help me!) I placed my mouth in the direction of the main road.

I noticed that he was trying to reach for something in his pocket probably something to numb me. I concentrated on avoiding him to reach for it. I had stopped crying. I went wild, crazy, and desperate. I didn’t care about anything; I was just focused on saving myself or die trying. I kept dragging with him and screaming at the same time.

While we were at that, a big vehicle was passing through the main road, the trailer slows down, I think it was due to the fact that that place was slopy and the vehicle had to slow down or something, I don’t even know. I kept screaming for help while the dragging continued. At that point I didn’t know what happened, maybe the kidnapper thought the people in the trailer heard my voice and were coming to help that was why they slowed down, I can’t say but all I knew was that he was relaxed, when I noticed that, I used all the strength in me to give him a hard push and ran as fast as my legs could carry me while I kept screaming for help. Before I ran to the main road, the trailer had already left. How I managed to escape…I can’t still fathom, it must have been ALLAH, It is ALLAH.

As I got to the main road while screaming a bike pass by, the woman on the bike told me to come and meet them at them up the main road I ran towards the direction the woman quickly came down while I sat at the middle, she asked for the direction on my house I said it was where they were coming from. The bike man made a U-turn to take me to my destination.

The bike man told me they couldn’t wait there because he wasn’t sure if his gang were on ambush. The woman kept consoling me, I relayed my story to them and told me I was new in the area. They told me I was so lucky and that the area is known for something like that, that they have killed several people and removed their parts in that spot. I later learnt some years later that there is an AJALE around that spot.

My friends asked where I have been, they said they’ve been calling me and my dad has also been calling them but they couldn’t pick the call. I told them I was kidnapped. They were like ’’Doyin stop joor, no dey wine us!’’I was like I am freaking serious! They were awed and shocked at the same time. We went inside to continue our discussion.

That night I was terrified, it was as if the kidnapper will come to take me in my room. For months, the event kept replaying in my head.

Years after this, when I later understood Islam, I would cry and cry at the favour and grace of Allah in my life whenever I remember this particular event. What if I had died at that spot? What will be my position in the grave at this moment?

The reminder comes in different ways… if you are reading this, know that it is not by mistake.

If you are in a position that you are still not taking your religion seriously the way you should you are still being begged to observe solat, observe the proper hijab, and other acts of Ibadah… I will advise you to think about my story and ask yourself ’’If you die now if you die today what will be your position in the grave?’’

My dear brothers and sisters, TURN TO ALLAH before YOU TURN TO GRAVE.
I am not a saint, I am still striving every day to keep up with my act of Ibadah because Shaytaan never relent but the fact that I am a Muslim who is conscious about her deen even though I am not a place close to perfect, it is something I will be forever grateful for. The kind of Grace I received is a rare one, not everyone will be that lucky, that is why I say, you should think and think about the day you will leave this world. When you first open your eyes in the grave, your first squeeze in the grave…
I hope you are inspired.

“Know that this world’s life is only sport and play and gaiety and boasting among yourselves, and a vying in the multiplication of wealth and children, like the rain, whose causing the vegetation to grow, pleases the husbandmen, then it withers away so that you will see it become yellow, then it becomes dried up and broken down; and in the hereafter is a severe chastisement and (also) forgiveness from Allah and (His) pleasure; and this world’s life is naught but means of deception.”