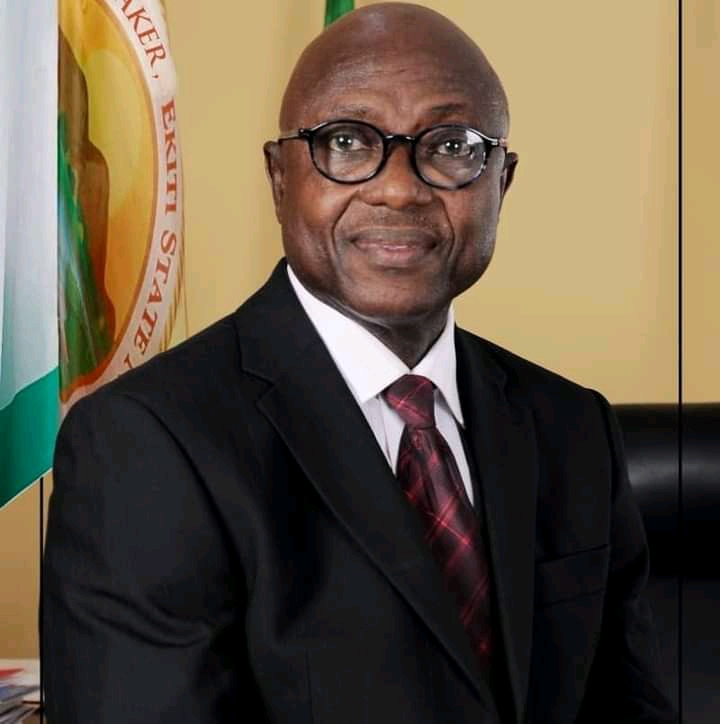 The Speaker of Ekiti State House of Assembly, Rt. Hon. Funminiyi Afuye, has rejoiced with women in the State on the occasion of this year’s International Women’s Day.

The Speaker, in a release signed by his Special Adviser on Media, Akogun Tai Oguntayo, noted that Ekiti women in particular and Nigeria as a whole deserve to be celebrated.

“Considering the vital roles of women as our daughters, sisters, wives and mothers, the United Nation has created March 8 of every year as their day and we should, indeed, celebrate them wholeheartedly,” Afuye said.

He noted that Ekiti State had produced many women of virtues in the past who served meritoriously in their callings to the glory of the State. Among them, according to the Speaker, were; the first female graduate Lady Jibowu and former Deputy Governor, Adunni Olayinka whose legacies can never be forgotten even though they are no more.

The Speaker particularly extolled the good virtues of the wife of the Governor of Ekiti State, Erelu Bisi Fayemi, who he said is a game changer and writing her name in gold not only in Ekiti but in Nigeria as a whole.

“The Wife of Governor, Erelu Fayemi has changed the narrative in Ekiti, nay Nigeria by ensuring that our women occupy their right of place and by so doing releasing their energies into societal development.”

Afuye therefore charged Ekiti women in particular and Nigeria in general to emulate the good virtues of Our Mother General and those Ekiti role models so that “our State will continue to maintain its leading role in the comity of States.”