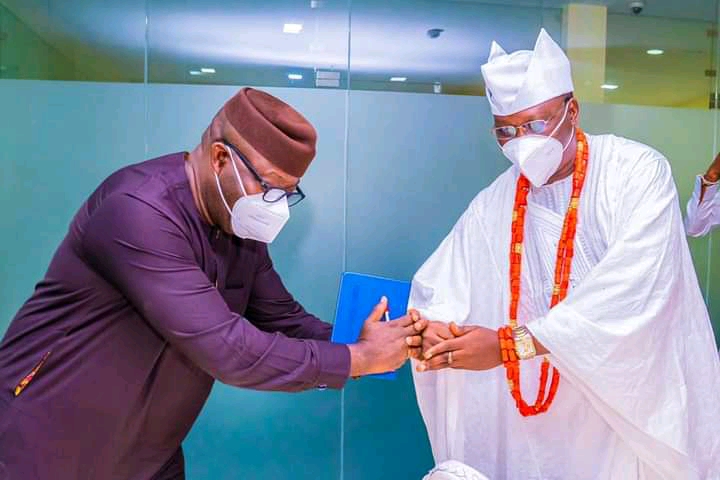 The Governor of Ekiti State, Dr Kayode Fayemi, on Tuesday had an audience with the Aare Ona Kakanfo of Yorubaland, Iba Gani Adams In continuation of efforts to ensure peace and stability in the country.

The meeting held behind closed doors at the Governor’s Office, Ado-Ekiti.

Issues affecting security and economic development of the Southwest and the country in general were discussed.

Governor Fayemi, at the meeting urged political leaders at state and national levels as well as leaders of socio-political groups to be measured in their discussion of national security matters.

He said while the Southwest Governors were very much concerned about security and wellbeing of their people, they have a forum chaired by Ondo State Governor, Rotimi Akeredolu (SAN) who is mandated to speak on their behalf.

“So, Governor Akeredolu speaks on our behalf. This is the reason you may not see other governors from the Southwest speaking on current security issues. It is not out of cowardice or compromise, it is simply because we have chosen a chairman who speaks for us.

The Governor also appreciated Aare Gani Adams for his concern for peace, security and stability of the country, and assured him that peace will reign in the region and Nigeria in general.

Prior to his meeting with Adams, Governor Fayemi had earlier chaired a meeting of the State’s Security Council, attended by heads of security agencies in Ekiti.