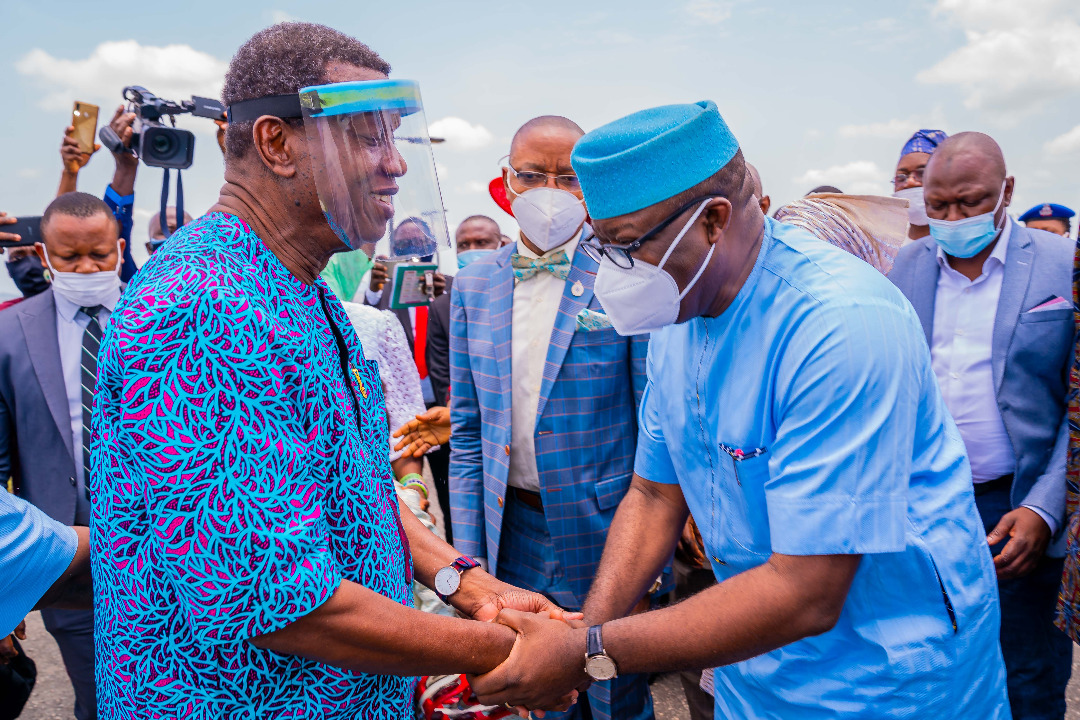 …says battle against banditry will soon be over

The General Overseer of the Redeemed Christian Church of God, Pastor Enoch Adeboye on Saturday met with the Ekiti State Governor, Dr. Kayode Fayemi in Ado-Ekiti assuring Nigerians that the battle against insecurity would soon be over.

The brief meeting which was held at the Oke-Ayaba Government House had in attendance the wife of the Governor, Erelu Bisi Fayemi, Attorney-General and Commissioner for Justice, Mr. Olawale Fapohunda, Head of Service, Mrs. Peju Babafemi, Chief of Staff to the Governor, Mr. Biodun Omoleye, the Regional Pastor of RCCG, Pastor Goke Kuti and former Chief of Defence Staff, Gen. Abayomi Olonisakin (rtd) and other top government functionaries.

Pastor Adeboye, who said he was in the State to pray for the people and government of Ekiti as well as to encourage his ordained Ministers to keep on with the good work they are doing, expressed joy that the work of God was blossoming in the State.

He assured the people and government of Ekiti that his Ministry would not relent in praying for them, adding that the battle cannot be won with human ability.

While expressing regret on recent attacks on some traditional rulers, the cleric described the dastardly act as akin to lack of respect for the Institution of Obaship by the bandits. The General Overseer, who revealed that his grandmother was from Ekiti said God will halt the reign of terror and violence in the country, assuring that every tree that the Lord had not planted would be uprooted.

Dr. Fayemi, who described the visit of Pastor Adeboye as a blessing to Ekiti State at this critical time, said the State needs a lot of attention, prayers and support of everyone to counter the insurgency from different angles.

The Governor noted that the people of Ekiti are counting on the prayers of the faithful like Baba Adeboye for God to heal the land.

He thanked the revered cleric for his relentless efforts at ensuring that the country gets better and the people live quality lives in peace.

“We need prayers, we need a lot of help, our people are very very prayerful, and we know the development RCCG has witnessed under your leadership, particularly in our own setting here. We pray that God will continue to be good to us and heal the land and in a moment, all of us will have testimony to the good works of the Lord.

“I want to, on behalf of the people of the State, thank you immensely for your untiring relentless efforts in ensuring that our country gets better, our lives improve and the quality of security and safety are improved in the land”. Dr. Fayemi said.

The cleric later prayed for God’s intervention in Ekiti State in particular and Nigeria at large.