Security beefed up at NASS, public institutions under watch 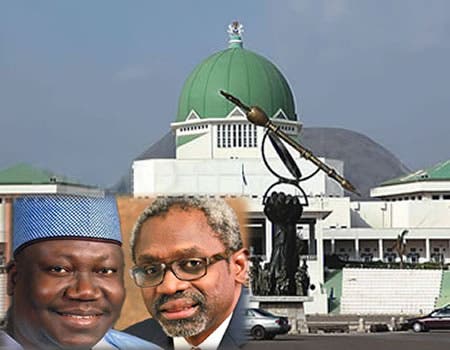 The Federal Government has placed all the security forces on the red alert following the increased cases of insecurity across the country.

According to a Presidency source, the action became necessary following various security reports on insurgents’ resolved to ignite unprecedented crises in some parts of the country, including Lagos, Rivers, Bayelsa, Sokoto, Kwara, Katsina, Kaduna, Oyo and other states as well as the Federal Capital Territory, (FCT), Abuja.

The security forces, according to the source, include the Nigeria Police Force (NPF), the Department of State Services (DSS), the Nigeria Security and Civil Defence Corps (NSCDC); paramilitary agencies such as the Nigeria Customs Service (NCS), Nigerian Immigration Service (NIS) and the Federal Road Safety Corps (FRSC).

The source hinted that personnel of the security forces are under strict instructions to keep an eagle eye on public institutions and installations across the states of the federation and Abuja. He added that the personnel were also instructed to keep vigil on the nation’s land borders, seaports and airports.

In a swift response to the signal received by security operatives, there was heavy security presence at the National Assembly, Abuja, on Thursday.

The combined security task force involving the Sergeant-at-Arms, Nigeria Police, FRSC, NSCDC and the DSS embarked on stop and search at the major entrance leading into the complex. Due to the heavy traffic caused by the exercise, lawmakers of both chambers, the Senate and the House of Representatives, staff and other motorists spent hours to access the complex.