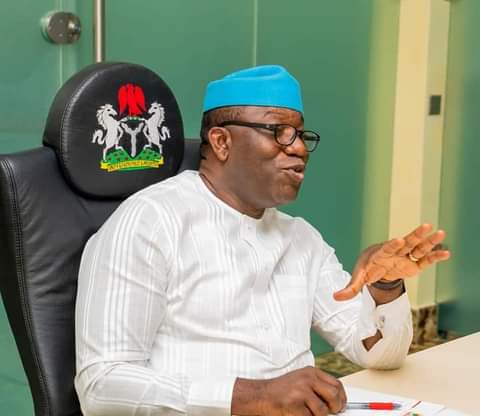 The Senior Special assistant to the governor of Ekiti state, office of Chief of Staff, Hon. Adakeja Ayowale Richard has commended Ekiti state governor and Chairman Nigeria’s Governor’s Forum, His Excellency, Dr John Kayode Fayemi on execution of developmental and life-changing projects in the state.

Hon. Adakeja in a statement in Ado-Ekiti during the weekend said the just concluded media tour to some parts of the state has opened their eyes to more developmental projects that has so far been successfully executed under Fayemi’s administration in the last three years.

He expressed his delight and satisfaction over the level of development that has taken place.

“With what I have seen so far in all the places visited, I can tell you that His Excellency, Dr John Kayode Fayemi has performed creditably well”

The governor’s aide furthered that governor Fayemi has recorded a feat which his predecessors have never recorded in the last twenty years.

The governor’s aide went further by saying that all the laudable projects being executed by governor Fayemi will add to the growth of Ekiti state and create more job opportunities for the people.

“All the projects being executed by governor Fayemi which include the resuscitation of Ikun farm diary, Ire brick block industry, Civic center, Ekiti public works corporation, college of agriculture, isan-Ekiti, the cargo airport and other laudable projects will fast track the development of the state and create more job opportunities for the people”

Hon. Adakeja added that the people of Ekiti state would forever be grateful to governor Fayemi for the execution of these laudable projects.

On a final note, the governor’s aide called for more support for the present administration under His Excellency, Dr John Kayode Fayemi so that more dividend of democracy can better be enjoyed by all”