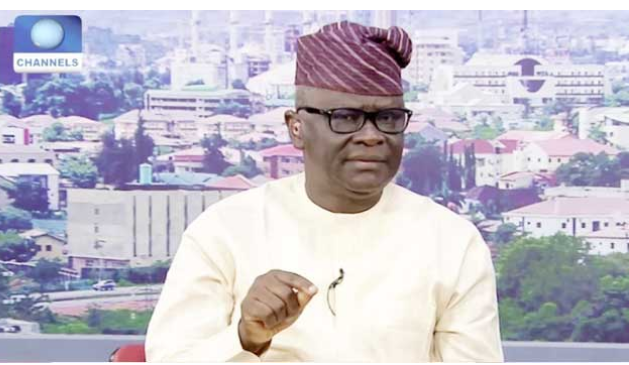 The Senator representing Ekiti North in the National Assembly, Olubunmi Adetunmbi, has asked Nigerian politicians to forget political activities for the 2023 general elections and address the worsening security situation in the country.

Adetunmbi stated this on Monday during an interview on Channels Television’s Sunrise Daily, noting that without security, polls cannot hold.

“We should suspend this issue of focus on 2023 and focus on how to salvage this country so that people who have the capacity, knowledge, vision and the solution to solve this problem, that is what we should interrogate and not scoring points,” he said.

“The people who want to use security as a means electioneering and edging out those in power for them to come back there, what do they govern when there is no Nigeria?

“When there is war in Zamfara, there is a problem in Katsina. In Ogun State, there are displacements. In Oyo, Ekiti, there are killings going on. In the east, everything is happening. In that kind of context, how do you govern regardless of what party you belong to?”

Speaking further, the lawmaker called on all Nigerians to collaborate to overcome the security issues facing the country.

As measures to tackling the security issues, President Muhammadu Buhari earlier this year replaced his four top military commanders in a bid to better combat the insurgency that has also displaced more than two million people from their homes since 2009.

ISWAP split from mainstream Boko Haram in 2016 and became a dominant group, launching attacks on military bases and ambushing troops while abducting travellers at fake checkpoints.

Since 2019, the army has mostly withdrawn from villages and smaller bases into so-called “super camps”, fortified garrisons meant to give better protection against attacks.

But critics say the strategy has left jihadists with more freedom to roam untouched in rural areas and made highways vulnerable to kidnappings and assaults. (Channels Television)