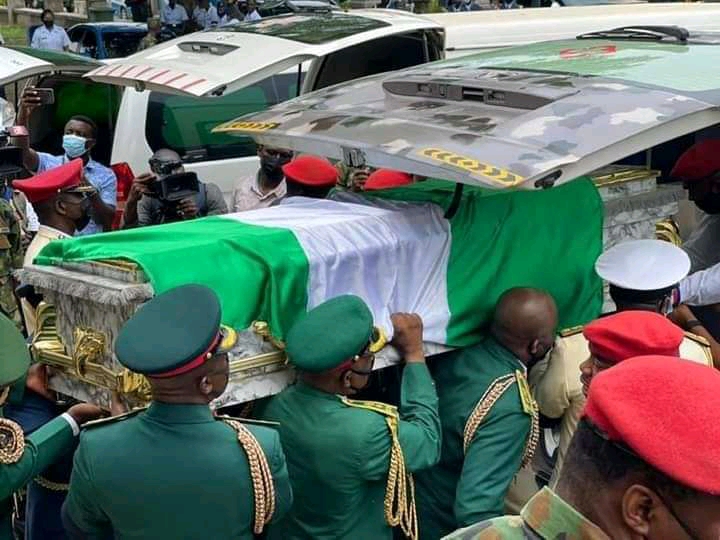 The Presidency has explained why President Muhammad Buhari was absent at the funeral of the late Army Chief of Staff Lt. Gen. Ibrahim Attahiru and other military officers killed in plane crash.

Attahiru and 10 officers died in a plane crash in Kaduna on Friday last week.

President Buhari was physically absent during the burial ceremony in Abuja.

His absence draws a lot of criticisms from Nigerians who condemned the decision to shun the burial.

The Special Assistant on Social Media to the President, Lauretta Onochie explained that the president must be given a 48-hour notice before any funeral outside the Presidential Villa.

Reacting to the controversy over Buhari’s absence, Onochie wrote:

“Why Pres@MBuhari did not attend the funeral for our late Chief of Army Staff and the other heroes who died in an aircrash.

”For a Nigerian President to be at any funeral or event outside the Villa, the event must have at least 48 hours,” Onochie tweeted.