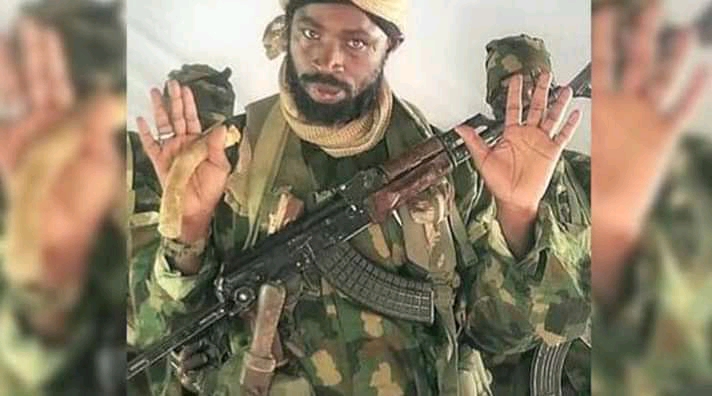 Shekau, who is the factional leader of the Jama’tu Ahlis Sunna Lidda’awati wal-Jihad (JAS), popularly known as Boko Haram was eliminated last week in Sambisa forest.

Nigeria’s intelligence service confirmed he killed himself as ISWAP attempted to take him.

The ISIS affiliate, has killed and arrested some Boko Haram commanders and members.

According to PRNigeria, gun trucks of terrorists were sighted at Marte, East of Tumour, Tumbumma and Tumbuktu Triangle in Sambisa, after the battle of supremacy between ISWAP and Boko Haram at Garin Malam.

Series of meetings are being held in Sabeel Huda camp in the heart of Sambisa forest between ISWAP commanders and other surrendered senior Boko Haram members.

The fate of the arrested opposing fighters would be decided by Albarnawy’s disciplinary Committee, headed by one Muhammad Malumma, ISWAP’s Chief Judge.

The leadership has vowed to eliminate all terrorists belonging to the Shekau group, if they fail to bow.

An intelligence operative said an intercepted communication between ISWAP leaders indicated that a committee led by Abu-Mosad Albarnawy, a self-proclaimed appointee of Amirul Mu’uminoon, (ISIS Caliphate Leader) had dissolved all Shekau’s structures.

The ongoing war is being coordinated by the Wali of ISWAP, Muhammad Dawud, aka Abu Hafsat, and four other ISWAP Fiye (Service Chiefs), and Khalids, (Commanding Officers) from Lake Chad, Tumbuktu and Marte.

The ISWAP Service Chiefs and its Commanding Officers are all under the supervision of Abu-Mosad Albarnawy.