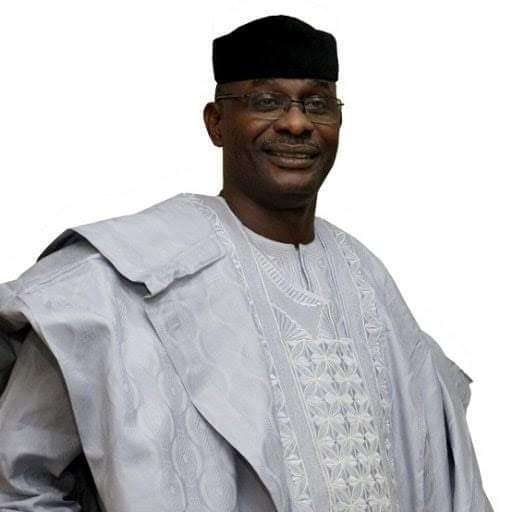 The Chairman, House of Representatives Committee on Federal Road Maintenance Agency (FERMA), Hon Femi Bamisile has declared his interest to contest the forthcoming Ekiti 2022 gubernatorial election under the platform of the All Progressives Congress (APC).

He made his intention known in his Omuo-Ekiti country home, the headquarters of Ekiti East local government after a closed door meeting with his political associates across the sixteen local government areas of the State.

Bamisile, who spoke with Journalists after the meeting, commended Governor Fayemi for his giant strides in the state and for the impactful support he’d given him as member of Federal House of Representatives in the last two years.

The lawmaker said he’d made his intention known to the Governor in Abuja couple of days ago while he had given me a nod to embark on the aspiration.

“As you all know; I contested the last Governorship election in the year 2018 which birthed the progressive fold’s return to power. My committment to the party and course of Governor Kayode Fayemi’s re-election paved way for my current House of Representatives mandate.

I am urging my fellow party members at both the state and local government levels to constantly support the unity of the All Progressives Congress (APC) and the administration of the incumbent Governor, Dr. Kayode Fayemi for more robust dividends of democracy”, Bamisile said

He maintained this was just a declaration at the ward level, whilst the official declaration comes up by September this year. He said his ambition was on course for the development of the State.

When asked about the performance of his party, the All Progressives Congress APC since 2015, Bamisile explained that the party has performed creditably well in all sectors aside the security sector (which obviously is what the entire world is currently battling). Bamisile said: “The security challenges facing Nigeria is alarming, adequate measure must be put in place to track and address security fallouts in the country.” Adding that the presidency is working assiduously on it, hoping for positive and timely outcome from security apparatus.

He appluaded Governor Kayode Fayemi’s led administration for his policy on free education and infrastructural development in the State, saying his achivements so far will obvioulsy fastrack APC successor’s drive come 2022.

The former Speaker of Ekiti State House of Assembly regretted that the southern part of the state has been disenfranchised for so long. He also explained that his ambition was not mainly based on the southern agenda but most importantly, delivery of good service/governance to the people of Ekiti State.