Ekiti Speaker Rejoices With Bisi Fayemi On Her Birthday 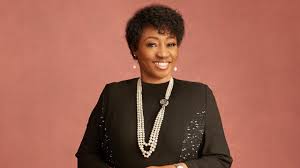 The Speaker of Ekiti State House of Assembly, Rt. Hon. Funminiyi Afuye, has rejoiced with the wife of Ekiti State Governor, Erelu Bisi Adeleye-Fayemi on the occasion of her birthday.

The Speaker, in a release signed by his Special Adviser on Media, Akogun Tai Oguntayo, described Erelu Bisi Fayemi as a virtuous woman whose compassion on the less privileged knows no bound.

“Erelu’s birthday on every June 11th of the year is a unique one because it is usually accompanied by testimonies from the downtrodden people and violated children across the State who were rescued by her,” said the statement.

Afuye who observed that there was a cordial relationship between the office of the First Lady and the House of Assembly, noted that majority of the laws passed by the 6th Assembly on Gender Based Violence (GBV); Child abuse; sexual harrassment; etc were originated by her as part of her advocacy to put a stop to such acts.

He distinguished the Governor’s wife among her colleagues as “a highly cerebral woman who can also be described as good governance in motion.”

While listing her numerous milestones, Afuye observed that more than any woman in the State, Erelu had advocated for gender equality and child rights of Ekiti people.