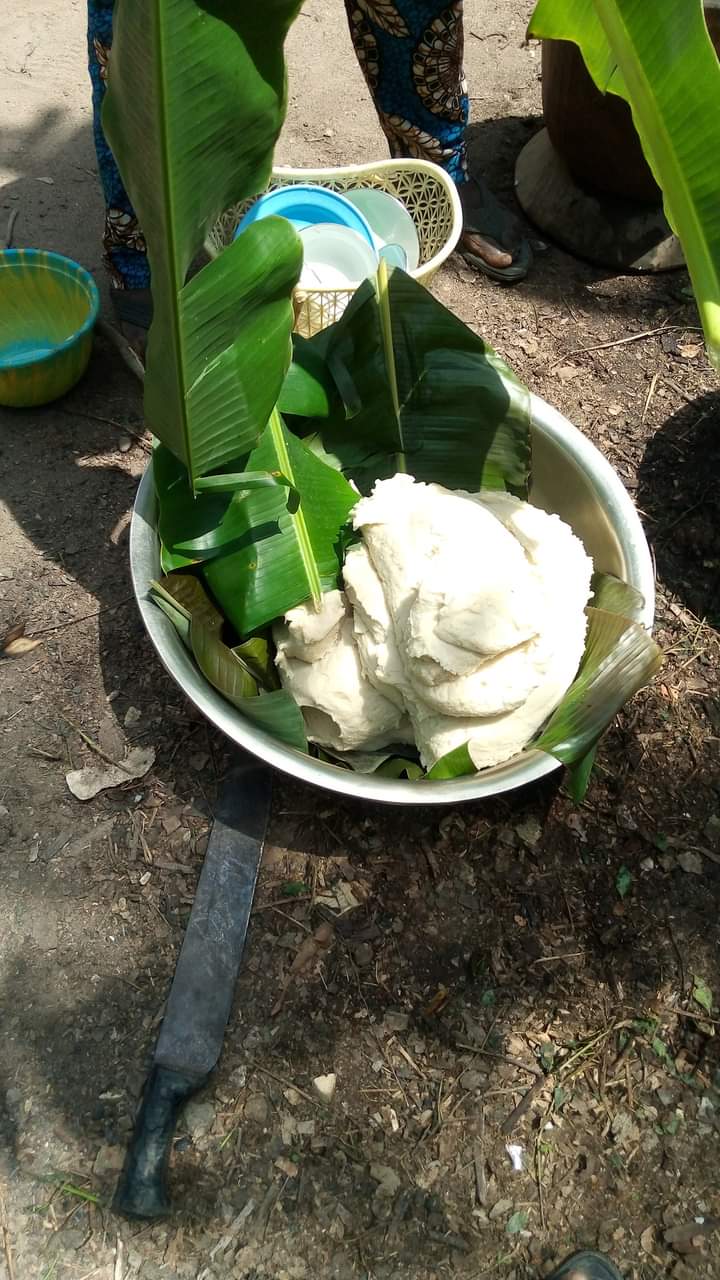 Today, Hon Adeoye Stephen Aribasoye and other Ayedun youths hosted some notable political heavyweights in Ekiti State to a round of pounded yam feast at his family farm land, Oko Ilesan belonging to ebi Ibigbami of Ilotin in Ere quarters of Odo Ayedun Ekiti.

The feast was facilitated by Mr Egghead Odewale, the DG/Special Adviser, Bureau of Due Process who has been moving round the state particularly to the interland and farmstead. On his entourage were two house of Assembly members: Hon. Femi Akindele and Hon. Toyin Lucas representing Irepodun/Ifelodun constituency I and Ado Constituency I respectively; Mr Seyi Oskar Ayeleso, the CEO/CMD Fountain Holdings; Mr Toyin Dada of E- Eleven while Hon. Sola Olominu, the Chairman, Ikole Local Government; Mr Dapo Akinyemi, the Supervisory Councilor for Works from Ward 06, Ikole Local Government; various Youth leaders in Ikole Constituency II joined the train while Mr Bode Bello and Femi SCOP were not left out.

The feast witnessed all manners of traditional gyrations with palm wine readily made available to take down the pounded yam with Jedi soup garnish with an antelope meat.

The likes of Hon. Olusola Ajisola a.k.a. Kudos and Hon. Omoniyi Owolabi were seen supervising and coordinating the kitchen otherwise known as Adiro in the local parlance while Hon. Olamide Aribisala a.k.a. Bobby was on ground to direct traffic. Mr. Sola Alagbo of ward 10 was on hand to coordinate the leaders in company of Mr Remilekun Aribasoye both who took charge and moderated some aspect of the event. Mr Omolayo Ajiboye popularly known as Baba Suwe Ekiti was also on ground to entertain the people while Sola Ajiboye popularly known as Boye photos and Mr. Deji Ogundare were in charge of logistics at the venue and Leke Aribasoye, Mr Tunde Awe, OYEYE, Ojo Akinwumi & Segun Asake were in charge of the youth matters at the venue.

The day was full of funfair and excitement. Interestingly, Hon. Olusola Ajisola prepared the soup to the delights of everyone on ground and the soup was regarded as one of the best soup any chef could have made.

The youths in their large numbers were on ground for this exceptional feast. It should be noted that every ingredients/condiments used for the feast were freshly sourced from the farm.

Really, politics is local even though the occasion was not meant for such but time was taken out to admonish the people on the need to stay focus, stand with APC and the leaders who has been around for them over the years.