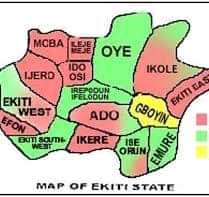 According to Prof. Mahmood Yakubu, the INEC Chairman, Ekiti will go to the poll on June 18, 2020.

The All Progressives Congress (APC), which controls the state and the main opposition, the Peoples Democratic Party started reviewing up their activities.

The ruling APC said there was no vacancy at the Oke-Bareke Government House. But PDP reiterated its readiness to dislodge the APC from power.

Ade Ajayi, the APC Caretaker Publicity Secretary, said the poll would be a walkover for the ruling party, owing to the superlative achievements of Governor Kayode Fayemi in all sectors.

The APC spokesman said the APC would break the succession jinx in 2022 by ensuring that a progressive politician from the progressive fold succeeds Fayemi at the expiration of his tenure.

He said that the electorate are happy with the purposeful leadership of the APC-led government and not ready to shift allegiance to the PDP, whose trademark is failure.

Ajayi said the PDP, during its reign reversed the course of socio-economic development in Ekiti, adding that Ekiti will not vote for backwardness.

He said the opposition party had been completely buried in Ekiti since former Governor Ayodele Fayose left power, adding that the party is bedevilled with many crises that have weakened the platform.

Ajayi said: “Let me tell you that we are prepared and well-grounded to win the poll. APC is a more cohesive party. We are united under the leadership of Governor Kayode Fayemi.

“We are banking on our impressive performances to win and we are sure that the PDP will suffer another defeat again like they did in 2018.”

But Raphael Adeyanju, the PDP State Publicity Secretary, said the days of the APC at the Government House were numbered.

Adeyanju said: APC government had failed to deliver dividends of democracy to the electorate due to its lack of service delivery plan and ideas that could translate to growth and development.

Adeyanju said that the ruling party should be prepared for an imminent defeat in the election.

He added: “We know Ekiti will reject a party that has disappointed them. A party that can’t fix their roads, that can’t provide employments for youths, that can’t effect promotions for workers can’t continue to rule us. So, we are well prepared.”

“Former Governors Ayodele Fayose and Segun Oni as well as Senator Biodun Olujimi and other leaders are united behind the PDP. We all have our eyes fixed on that governorship seat and we are confident that our victory is sacrosanct”.

He said: “We are battle ready for the elections. We just have to dot the “ts” and “is” as we commence preparation. We will strengthen the structure and procedures of our parties in the two states, and make the chapters ready for the polls.

“We will organise our process well. We will conduct our congresses. Our candidates will emerge and we will begin our campaigns. Nigerians are tired of the ruling APC because it has failed the country. They have written off the APC.”