TB Joshua: Raising another healer in the Synagogue only way to revive our business – Hoteliers 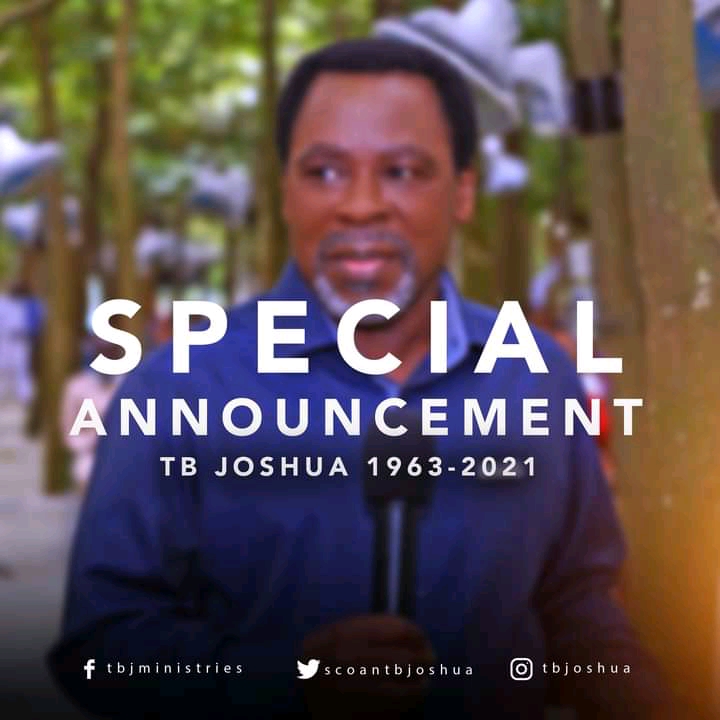 Two hoteliers and guest house operators around the Synagogue, Church of All Nations (SCOAN) at Ikotun-Egbe in Alimosho Local Government of Lagos State, have decried non patronage since the demise of the church founder,Temitope Joshua, known as TB Joshua on June 5, saying the only way their business can be revived is the emergence of another healer in the Synagogue

The owners of the various facilities meant for lodging told the News Agency of Nigeria(NAN) in Lagos on Sunday that the demise of the SCOAN pastor had subjected them to anxiety.

Mr Alhponus Odioma, the owner of a 240-room facility in the area, said that his dream of making fortune through the provision of guest rooms and its sundry services to pilgrims to SCOAN had diminished.

Odioma said that close to a month now, his hotel that used to be very busy with checking in and exit of lodgers had become a ghost town.

“I began business in the area since 2007 with a little residential apartment that I acquired but with the upsurge of lodging demands, I had to get a bigger place.

“Like my other colleagues, I hired more personnel alongside constant innovation of services and facilities to retain and attract more patronage especially from foreigners that were coming to worship at SCOAN.

“We are now running at a deficit as we are experiencing lull in business. Before now, the revenue we usually realised in a week was enough to cater for a month’s over head.

“Right now, we are experiencing lull in our businesses without one knowing when it will end.” he said.

He said that he would be left with no other option than to retrench some of his workers if there is no end to the non patronage in sight.

He added that, though the spouse of the founder had been commissioned to take over as the leader of the church, but it is not yet known if she would able to perform in the deliverance ministry like the founder.

He said that it was the deliverance variant of the gospel that was attracting people from all over the world to the place; that sustained our businesses all those years.

Also, Chief Mathew Ohajiri, another hotelier, said that his facility and business were hanging in the balance as the place had been empty since the demise of Pastor TB Joshua.

He said that it was the church activities in the synagogue that were driving the business with lodgers scrambling for space daily.

Ohajiri, who expressed hope of the return of the good old days’ business with the raising of another healer in the synagogue, said that despondency had become their lot for now.

Pockets of worshippers conducted Sunday service in an open space beside the church auditorium, as the church has remained locked since the outbreak of COVID-19 pandemic in March 2020. (NAN)