I want divorce, my wife is too violent, man tells court 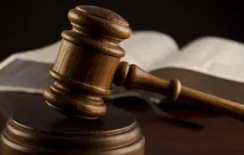 Obinna Loveday, a driver in Nasarawa on Monday pleaded with an Upper Area Court in Mararaba, Nasarawa State, to dissolve his marriage to his wife, Esther, on grounds that she was ill-tempered and violent.

Loveday in his petition said that Esther does not give him peace and always gets violent at the slightest provocation.

“I am no longer interested in the marriage,” he said.

The petitioner further pleaded with the court to grant custody of the two children to his wife because they were too young.

Loveday promised to pay N4,000 every week for the children’s upkeep.

The Judge, Abubakar Tijjani, adjourned the case until July 14 for hearing or settlement.