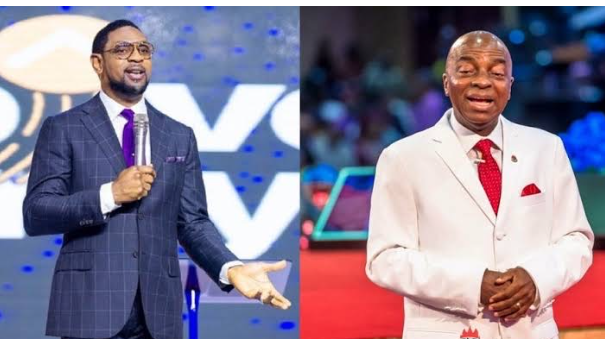 Fatoyinbo said there is no room for laziness or unfruitfulness in the house of God.

Oyedepo, while addressing his congregation on Wednesday justified sacking of his pastors, noting that they were sacked because they were unfruitful to the church.

The winners chapel cleric rubbished reports that the pastors were sacked because of money or income they generate for the church.

Reacting to the development, Fatoyinbo expressed support for Bishop Oyedepo’s action. He said there is no room for laziness and unfruitfulness in the house of God.

The COZA pastor said that if the sack happened in a bank, there would be no report on social media.

“If you were fired by the Bank for not meeting up with your deliverables, will you go on social media?” He wrote.

The COZA pastor also quoted a bible verse Luke 13:6-9 where a man had a fig tree planted in his vineyard and there was no fruit and was asked to cut down the tree.