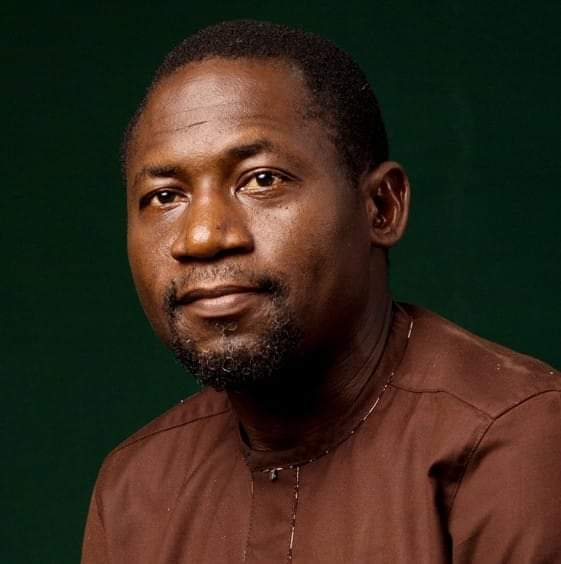 One of Africa’s greatest authors and social thinkers, the late DO Fagunwa may perhaps have seen today in advance. He must have been bothered by the need similar to that which compelled the building of a private cemetary in Ado Ekiti by a private individual.

Fagunwa told the story of a witty and mysterious story teller of ancient times who always turned up in in his house to regale a lot of people with enthralling tales.

This story teller however one day expressed shock at the multitude of people always turning up to listen to him. His fear arose from the taught that there may not be enough trees left in the bush to construct the coffins to bury so many people when they die. But Fagunwa added that this fear was eventually dismissed by a latter, superior taught that since not everyone dies by the same means or for the same reasons, the need to fear the scarcity of woods to construct coffins to bury everyone when they die hardly arise.

Anyone who knows this story will hardly shy away from the idea of preparing a befitting final resting place before hands for the phenomenon of death that is the inevitable end of everyone.

But this is not the case with compulsive critics like Gbenga Alaketu and Sylvester Olusesa Adesina who has gone to town to malign the idea of constructing a private cemetary in Ado Ekiti and spinning the narrative to sound like some people in government wished other people dead so that the cemetery will thrive.
They recklessly spinned this wicked story to sound like they have any evidence that Ekiti state government has anywhere stated it owned the cemetary or it is one of its achievements. That all these came from a respected journalist and a regular online commentator means the social media has truly been thrown to the dogs.

This time, some people who have made a career out of compulsive fault finding with any upscale or positive development in Ekiti believed the lie that the government built a cemetary and are trying unsuccessfully to find a cunning way via any backdoor route of public misinformation to link the Ekiti state government to a privately owned cemetary, and they are doing so in a shameful manner that reeks to the e heavens.

The same way the dou of one Agbaje Adebola, another John Bada and their faceless co-travellers have been chewing endlessly on this applaudable but misunderstood matter of constructing a cemetary as a befitting place of undisturbed, lasting rest for aged departed citizens. These people forgot they are already standing before the judgement of God for unjust accusation of their fellow human beings over a belief formed from mere sentiments and wrong impressions.

Due to their trending lies about this cemetary project on the social media a wrong impression is now being sold to the people to the effect that building a cemetery constitutes a disservice to humanity. On this cemetary built and owned by a private concern with no government interest whatsoever, I earlier thought it would be better not to throw stones at all dogs that bark, and therefore ignore the rants of anyone who out of mischief refused to see and treat this matter as what it is truly like ; any normal project catering purely to human needs and also serving part role in the constant and inevitable redesign of cities and town planning initiatives.

However, when you find supposedly educated people coming online to rubbish their reputation for free by discussing trifles that promotes ignorance, the temptation to expose their harmful and dangerous hypocrisy becomes hard to ignore, especially when such lies begin to be spinned to sound like it is an abominable act and pushed down the throats of unsuspecting public with the aim to abuse their minds and prepare them for a deadlier dose of poisonous diet of wicked lies that usually always follow.

But why was it not possible for known intelligent online discussants like egbon Gbenga Alaketu and Sylvester Olusesan Adesina to manage to successfully avoid the temptation of playing mud games with this kind of issue of public sensitivity is something that beats me. I have refused, against all urge of the flesh, to remove myself from the friend’s list we share mainly because of such a time when the wisest of men may ere and would need wisdom, which I believe will always be found with elders despite the cultural low of the moment.

I will not delude myself that most critics of beneficial initiatives are ignorant or poorly educated. Which is consistent with Albert Heinstein’s view that education is what remains long after you have forgotten what you were taught in school.

It is a childish kind of shameful state to arrive at for any elderly person to attacks the idea of building a cemetary just for the sake of how the idea sounds.

People lie to themselves too much, and they think people would also bite into this false dream. The reality is that everybody is going to die even if nobody whishes anybody so . People should grow up and face reality. Nobody is staying here forever! So, its useless badmouthing anyone wishing anybody death. Its a debt we all owe, there is no escape and only the gullible and fools fight the reality.

But I have also found that more often than not, supposedly wise people deliberately bury reasons, back ignorance and sacrifice truth to make some weird points or score some own goals. To achieve this, they usually raise the scepter of sentiments that poison, confuses and hinder the capacity of too many people for superior imagination. The greatest victims are people of simple minds and uncomplicated apprehension, the types of people the bible referred to as “poor in spirit”

So, as officials of the Ekiti state ministry of environment took oversight interest in the commissioning of this cemetary it had become a crime to encourage an initiative that prepare decent final homes for the aged, or any such effort initiated at such scale should now be deemed as tantamount to wishing the mass death or people.

I am always shocked at the antics of clearly travelled and exposed people who are familiar with worldwide culture of best practices long adopted to better and more effectively plan cities and prepare in advance to handle and cater to the inevitable challenge of regular urban dislocation occasioned by the apparent, swelling populations associated with most African cities.

At a time when cities across the world are witnessing quiet but gradual and steady urbanisation of erstwhile local settlements; when the familiar, “short distance” between massive cities and erstwhile remote towns are being taken over by new, sprawling estates and purportedly well planned satellite towns are becoming inadequate for supplying the needed lands for individuals or family to meet their shelter needs, anyone who thinks and openly states that it serves no known purpose for human dignity that some private individuals with capacity for far reaching imagination for development managed to find land for the construction of a cemetary facility before available space narrows down and gets built up is being mischievous. If building a cemetary now amounts to wrong priority in the eyes of respected and educated people, to me, it is an eye opener among the lately trending versions of the long history of the culture of ignorance or pure treachery that has left generations of Africans stranded.

It is scandalous to agree some of these critics of urban planning live in better planned environments overseas, are very familiar with the topography of Ekiti state and the capital Ado Ekiti in particular and run down such projects on the alter of their incurable sentiment is unfortunate.

This cemetery in question does not belong to Ekiti government, neither is the government a part owner of any cemetary, nor is government in the business of building cemetary anywhere in Ekiti state.

These category of lying critics love the masses so much that they constantly use the social media to invite gullible people to share in their open hypocrisy,. The one trending this time is a devilish version of lie according to which they at least will not disagree that death is the end of man, but still disagree that a man needs a place of burial which serves the dual function of the family’s need for a combination of privacy and decency, while never jeopardizing the safety and health of the city’s other inhabitants now or in the future.

At this point, it is accordingly safe to attempt to pick the brains of these liers as to the purpose of this trending misinformation about the construction of a private cemetary in Ado Ekiti.

Is it possible for any self respecting person to deny that people die everyday everywhere in the world, regardless of the prevailing peculiar situations with them? So, why indulge in the mischief of tieing the harmless provision of a befitting resting place for the dead to the vested interest of any government? Just how far can lies and treachery go? And what do the purveyors gain?

Even if liers succeed in force-feeding people with the self deception that people don’t die or conjure up ghastly circumstances of their deaths just to give their leaders every bad name in the book, at least they will not also attempt to force down the people’s throat the notion that there is no need for basic, decent burial sites, call it cemetary or whatever name you may.

The Ekiti government I know is daily in the business of making life better for the Ekiti state people. The greater the good, wellbeing that the people attracts is to the ultimate pride of the state and her people, while the sitting government is the greatest beneficiary of the Goodwill directed at it by a happy people.

Setting up people’s minds to absorb a ghastly narrative such as is being spined around this cemetary issue is most primitive, unfortunate and automatically decimates the reputation of anyone found indulging in such wickedness.

I have nothing to say to souls already lost to the poison of hatred.

It is not a sin to not to lose sleep over the wish of those who prefer not to die and be buried well.

It is so depressing to find respected people boarding this leaking ship that will ultimately carry it’s passengers to the cape of regret.

JKF: Celebrating an intellectual in the saddle