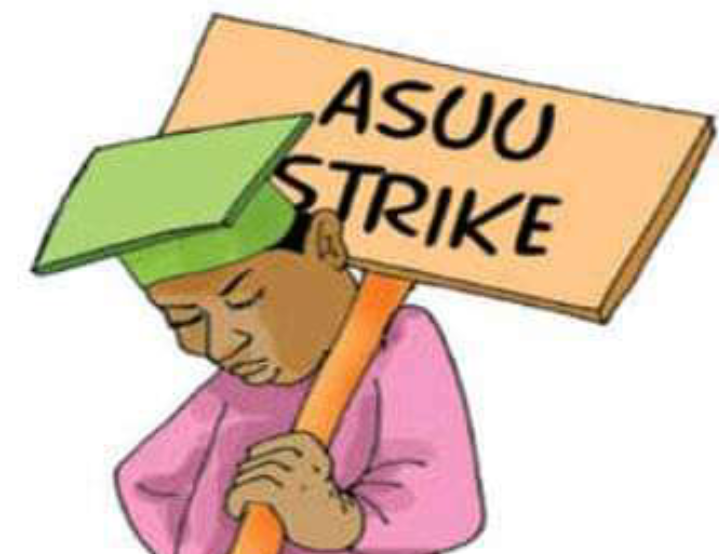 The Federal Government, on Monday, explained why it had not paid the University Revitalisation Fund and met other demands of the Academic Staff Union of Universities.

The Minister of State for Education, Emeka Nwajiuba, who stated this in an interview with newsmen, said the government was working hard to ensure the release of the revitalisation fund by the Central Bank of Nigeria.

But ASUU, in its reaction, dismissed the minister’s explanation, saying the government was being dishonest in its justification of the delay in paying the revitalisation fund.

In 2020, a nine-month strike by ASUU, which commenced in March and was called off in December, paralysed public universities in the country.

The lecturers had gone on strike following their disagreement with the government over the funding of the universities and ineffectiveness and discrepancies around the Integrated Payroll and Personnel Information System, among others.

ASUU, however, developed the University Transparency and Accountability Solution to replace the IPPIS and had several meetings with officials of the ministries of finance, education, labour and employment, and the Office of the Accountant General of the Federation before the UTAS was approved, but it has yet to be implemented.

On August 2, the Minister of Labour and Employment, Chris Ngige, said the government had paid the revitalisation fund as contained in the Memorandum of Action signed with the lecturers.

He, however, said the money was in the custody of the CBN pending the conclusion of the audit

Recall that another strike was looming in the nation’s universities as ASUU threatened a showdown following the government’s alleged failure to implement the agreements reached with the university teachers.

The report quoted ASUU President, Prof Emmanuel Osodeke, as lamenting the government’s failure to fulfil its promises to the union.

While claiming that government officials had stopped taking the calls of the ASUU members, Osodeke also said the union had given the government till Tuesday (today) to meet its demands.

But Nwajiuba, stated in an interview newsmen on Monday that the government was working hard to secure the release of the money from the CBN and appealed to ASUU to be patient.

Nwajiuba said the process of meeting ASUU’s demands was in progress.

He, therefore, urged the union to reach out to the government.

The minister said, “Why won’t the Federal Government take their calls? You called me with an unknown number and I picked your call, so why won’t we pick calls from ASUU? Who did they reach out to? Talks on the funds for the revitalisation of universities and ASUU are in progress.

“We are pursuing the CBN to be clear on the timing. Let ASUU reach out to us.”

The ASUU president, when contacted by one of our correspondents, said the government was not interested in the plight of the poor, who attend public universities.

“I don’t think they are honest with what they are saying. If they are interested in the children of the poor, who cannot afford private universities, they would have written to us that they are sorry. This is the normal thing they should have done in a system,” he said.

Faulting the minister, Osodeke stated, “The CBN and the ministry are the Federal Government. They showed us a document that the money is with the CBN. What is difficult in transferring money from one CBN account to another CBN account? That means the document they showed us was fake.

“As of today, accounts of all federal parastatals are domiciled in the CBN through the TSA (Treasury Single Account); so, it shouldn’t be difficult. This is how they are creating problems in the system. If actually the ministry has written to the CBN, I don’t think the CBN will say they are not transferring the money. We are waiting for them. On the deadline, let’s wait till tomorrow.”

The union president also berated the Ministry of Education, stating, “We expect the ministry to have convened a meeting of the bank’s monetary committee to allocate the money to the universities. It is not about the CBN; between that time (August 2) and September 1, they would have allocated the money so that each university would know how much it is expecting. Have they called the meeting? Does that meeting also depend on the CBN?

The ASUU President said the union would continue to watch the Federal Government until the ultimatum it earlier issued elapsed.

He said the union’s decision would be made known on Tuesday (today).

“Oh! They said they have been picking our calls? No problems, we are watching to see how things will play out. By tomorrow (Tuesday), our decision will be made,” Osodeke added.