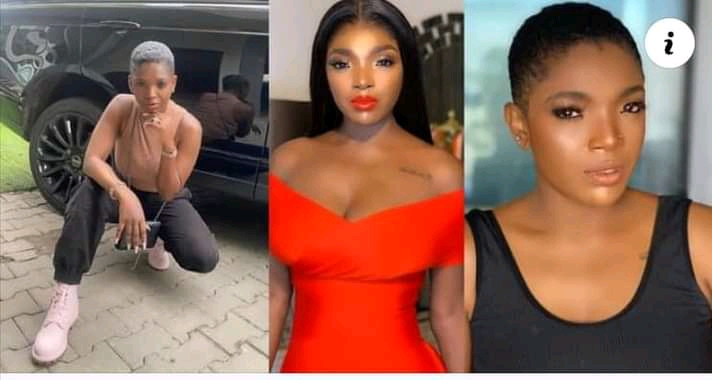 Shortly after Nigerian actress, Annie Idibia took to her Instagram Story in a now-deleted post to accuse her husband, Tuface, of infidelity, some Nigerians on Twitter have taken to their various accounts to air their opinion on the situation.

Some of those who commented on the issue faulted the actress for airing her marital problems on social media.

Wading in on the matter a Twitter user with the handle, @FS_Yusuf_ wrote, “I hope Annie knows that we cannot solve her marital issues with 2baba? All of us for social media get problems too. She doesn’t owe us an explanation about her marital issues. Bring it to social media would only exacerbate the fire. Except they have a new Album or Movie to promote.”(sic).

Also another user of the microblogging platform, @timiPR opined, “What do people think will happen when they call out their partners on social media? Like they still don’t know it will only compound the problem? Annie knew 2baba was Father Abraham and a celeb before agreeing to marry him..why the sudden drama? Omoh God go dey with them o.”(sic).

@emmaikumeh sees the whole situation as a mess and had advised against bringing family feuds to social media. The Twitter user wrote, “The whole 2face Idibia family issue is a big mess, from Annie’s elder brother disowning her, and then, 2face younger brother and his wife dragging Annie. Omo, never bring your family issues on social media. Hope 2face and Annie can resolve all this. It’s just sad.”

Popular social media influencer, Pamilerin Adegoke further hinted that via his Twitter handle that the audio social media platform ClubHouse is using Tuface’s marital problem as their topic of the day.

He tweeted, “Clubhouse no dey disappoint. They don carry Annie and 2face gist go there. That’s their topic for today.”(sic).

So far Annie Idibia is trending on the microblogging platform, Twitter, with over 30,000 tweets.