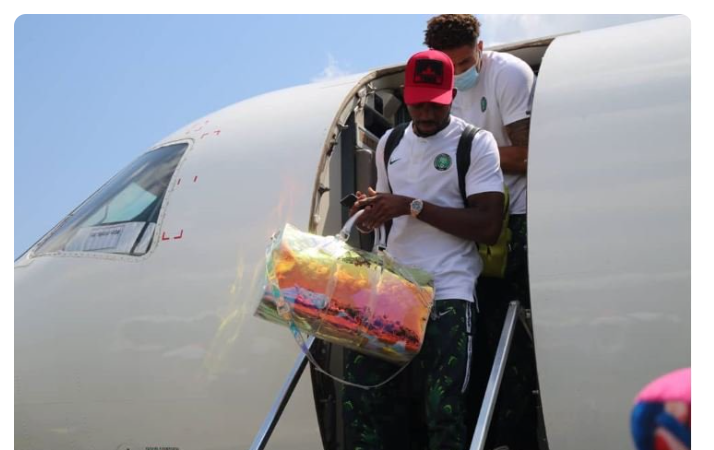 The Super Eagles have landed in Cape Verde for their Tuesday world cup qualifiers game against the Blue Sharks of Cape Verde.

In a statement on the Super Eagles verified page, the team landed at the Amilcar Cabral International Airport on Monday morning as they couldn’t land in Sao Vincente where the match will be played.

The statement noted that the team will take off fom Amilcar Cabral in an hour flight to where the match will be played.

The Nigerian Football Federation also stated that only 21 players traveled after the departure of UK-based players who returned to base.

This was sequel to the unchanged stance of UK authorities concerning protocols and guidelines that must be observed by anyone returning to the country after visiting a country on their COVID-19 red list.