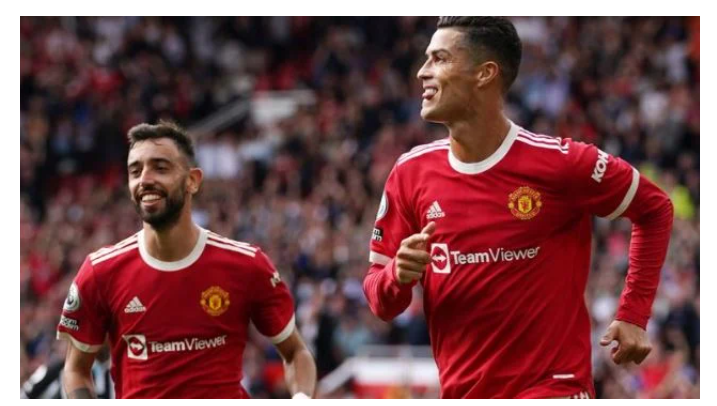 Paul Pogba provided the assist for Fernandes in the 80th minute.

Cristiano Ronaldo scored the second goal to put Manchester United ahead of Newcastle in the 62nd minute.

A superb counter-attack from the visitors helped them to be at level with Man United in the 56th minute.

Ronaldo has so far scored two goals after receiving a hero’s welcome at Old Trafford as he made his second debut for Manchester United.

He was close to scoring 10 minutes into the game as a quick turn of feet gave him a yard of space in the penalty area but he fired into the side-netting.

The five-time Ballon d’Or winner, who left United to join Real Madrid in 2009, returned to the club where he made his name as a global star last month from Juventus.

Since joining United Ronaldo broke the all-time international goalscoring record with his 110th goal for Portugal in a World Cup qualifier win against the Republic of Ireland.

Having being suspended for the subsequent game against Azerbaijan for removing his shirt in celebration, he jetted to England and has been training with his new team-mates for the past few days.

Ronaldo is joined by United’s other summer signings Raphael Varane and Jadon Sancho in a star-studded team also including Paul Pogba and Bruno Fernandes.

Ronaldo won three Premier League titles and the Champions League during six trophy-laden years with United, before going on to shine with Real and Juventus.