VAT Row: states should be allowed to exercise right 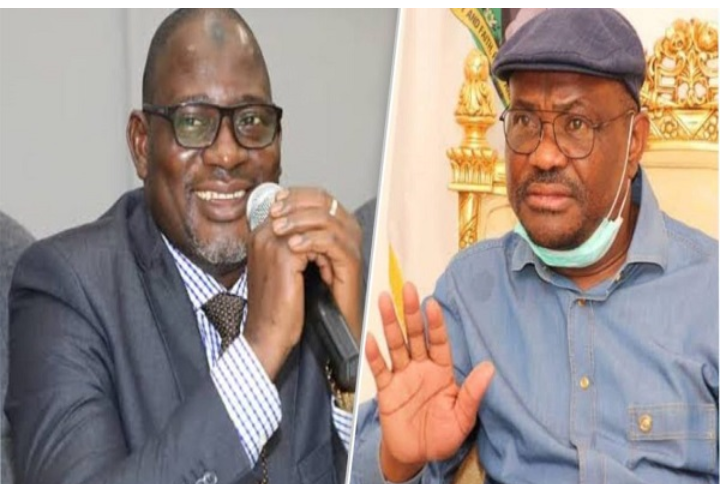 Governor Nyesom Wike of Rivers state whose administration got a judgment against FIRS, said the VAT battle was an opportunity for states to exercise their constitutional rights.

Wike disagreed with those calling on states to be their brothers’ keeper, saying they should first acknowledge the constitutional right of a state to collect VAT.

The governor stated this when the Managing Director and Editor-in-Chief of The SUN, Onuoha Ukeh, led a delegation to present a letter nominating him as The SUN Man of the Year 2020 at Government House, Port Harcourt.

Wike said: “The issue of VAT did not start from Rivers State. It started in Lagos when the state challenged it at the Supreme Court.

“Unfortunately, the Supreme Court said you (Lagos) shouldn’t have sued the Federal Government. All you would have done was to sue the agency.”

The governor said Nigeria must encourage federating states to harness their resources and generate revenues, including VAT, to advance development.

He said there were attempts to frustrate states like Rivers to actualise the constitutional provisions that empowered them to harness their resources and revenues, particularly VAT.

Wike flayed some public commentators, including some governors, for not considering the legality of states to collect VAT in their analysis and opinions.

To him, they were politicising the matter and looking at it from the prism of ethnicity and religion.

He insisted that what the FIRS was doing was illegal and could be likened to robbing the states.

Wike said: “You don’t even need to be a lawyer to know that VAT is not in items 58 and 59 of the Second Schedule of the 1999 Constitution as amended. Everybody knows that.

“It is not even in the concurrent list. Therefore, it falls under the Residual List. It is not arguable. That yesterday nothing happens does not mean that today nothing will happen, or tomorrow something will not happen.

“Nigeria should encourage states to be strong enough to have resources to develop their states. We are in a federal system where we are practising a unitary system.

“Everybody at the end of the month will run to Abuja to share money. Nobody comes back to the state to think, how do I develop my state.”

He said rather than commend Rivers for seeking entrenchment of fiscal federalism and constitutionalism, a particular governor had threatened that the judgment of the court would not stand.

The governor urged those demanding a brothers’ keeper consideration to first appreciate the position of the law and situate it rightly.

“As it is being provided in the law, who is the person responsible to collect the VAT? When you agree to that, that it is the state, then we can sit down to look at the different problems of states; and not to say be your brother’s keeper while you’re doing an illegal thing, in disobeying what the law says you should not do.”