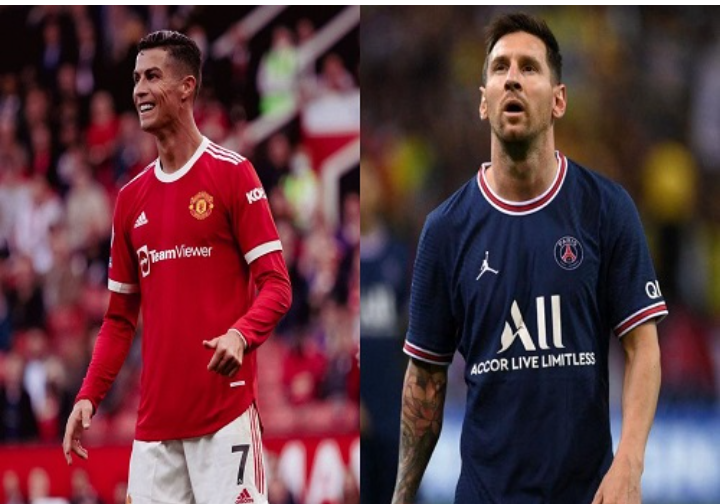 Ronaldo knock outed Lionel Messi from the number one spot after the 34-year-old left Barcelona to join Paris Saint-Germain.

To get the official pay of the footballer, Forbes said, “To compile our list, we spoke with clubs, players’ agents, commercial sponsors, and worldwide soccer experts. All figures are converted to U.S. dollars using the current exchange rate and include salaries (pretax) for the 2021-22 season, bonuses, and endorsements. Transfer fees are excluded.”

Ronaldo will earn $125 million before taxes in the 2021-22 season, with $70 million coming from salary and bonus for his return to Manchester United.

Lionel Messi will be paid $75 million this season, helping put him at No. 2 on the list with $110 million.

This is as he’ll pad his PSG paycheck with an estimated $35 million in endorsements from the likes of Adidas, Pepsi, watchmaker Jacobs & Co. and Budweiser, which he just picked up last year under a three-year deal.

“In total, the ten highest-paid soccer players are expected to collect pretax earnings of $585 million this season, up from last year’s $570 million. Salary and bonus make up the bulk of the total—$415 million—and are up a modest 2.6% from last year as most clubs continue to be cautious in the face of uncertainty around emerging Covid-19 strains,” Forbes added.

PSG now claims three of the world’s five highest-paid players, including the 29-year-old Neymar, who lands at No. 3 once again with $95 million, and the 22-year-old Kylian Mbappe, who is No. 4 with $43 million.

Liverpool’s Mohamed Salah, 29, rounds out the top five with $41 million.

This year, the 37-year-old Andres Iniesta returns as the only player from a non-European team, landing at No. 7 with $35 million after signing a two-year contract extension with Vissel Kobe in Japan, his club since he left Barcelona in 2018.