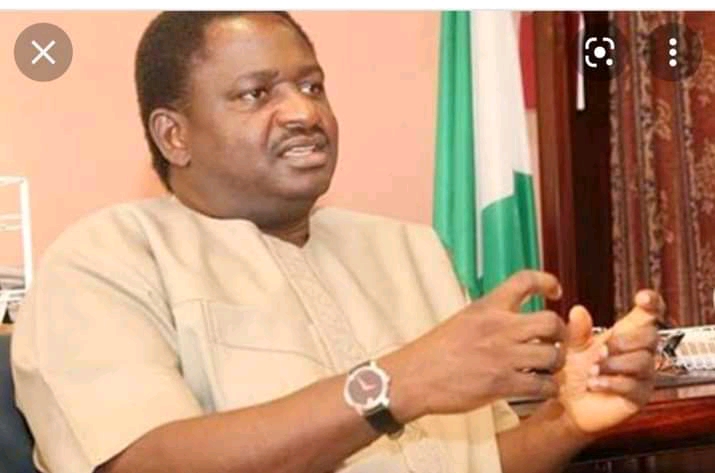 The Special Adviser to the President, Femi Adesina has said that the Muhammadu Buhari regime has delivered quite well on its mandate to Nigerians.

He said that the regime’s performance was being assessed by an external, neutral body and so far, has been rated favourably.

Adesina said this on Monday while speaking on the Channels Television programme, Politics Today.

While fielding questions from about the ongoing two-day Mid-Term Ministerial Performance Review Retreat organised to assess progress made towards the achievement of the nine key priorities of the Buhari regime, Adesina said that the regime was on track in delivering on its mandate to Nigerians.

He said, “Yes, we have delivered on our promise to Nigerians. There are certain areas where the delivery is higher than in some areas. But for anybody to say it has been a complete failure, that will be a lie.

“In some areas, we may not have performed well like in other areas. There were three main promises and these promises were expanded into nine priority areas.

“One, we met an insecure country. We went at it and there was some stability and after a while, it exploded again and became hydra-headed. Before, the insurgency was the only issue, but now banditry, kidnapping and cultism came in. So, it’s a serious issue.

“In all truth can we compare the security situation of 2015 to what we have now? As of 2015, yes it was only insurgency then, but the way bombs were going off like firecrackers in all cities, can we compare that to today?

“It will be disingenuous to say that there has not been improvement in certain areas of security.”

He said security was a big elephant in the room and the government is seriously working at it.

“It was in the president’s speech today that the security situation is being tackled frontally.”

Quoting the President’s October 1 speech, Adesina added that “Progressive movement should not be mistaken for stagnancy. But some people want to mistake it for stagnancy.

On the rating of the regime’s performance, Adesina said, “Let me say that the rating was done by a neutral body. It was a consultant that came and did a proper assessment in those nine priority areas and it is quite good. There would be a formal report later and

“The government will not assess itself. A neutral body will assess it and Nigerians will assess us too. Our higher priority projects will be commission before Buhari leaves office in 2023.”

Adesina added that while the retreat is meant to assess the performance of ministries and their departments and agencies, it was not “a judgement day for the ministers”.

He explained that “What is happening is that there are nine priority areas and the ministries responsible for the various areas are being assessed based on what and how they have performed vis-a-vis those areas.

“At the end of the meeting, there will be a formal report. The strengths and weaknesses of the ministries in charge of those areas were considered.”

Adesina, however, declined any comments on the specifics of the assessment.

On the possible reshuffling of ministers, Adesina said “There is always room for reshuffling in any government. You cannot rule it out. That is the prerogative of the president.

“We know of governments before now who reshuffled ministers twice and thrice. In fact, there was a government that changed ministers every 20 months. It depends on style and the need to do it.