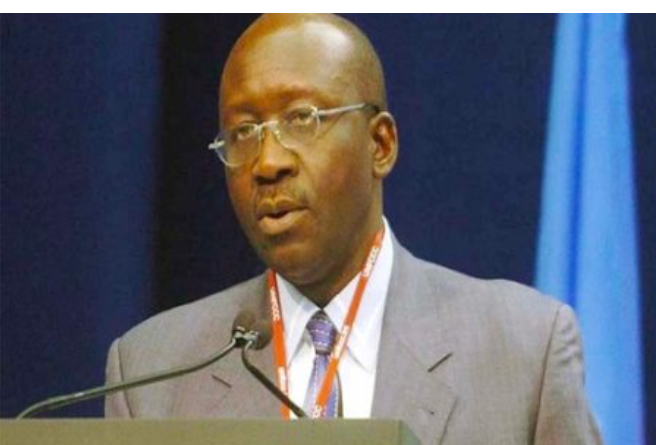 Dr Iyorchia Ayu, former Senate President, has emerged as the consensus candidate of North Central in the race for the national chairmanship of the Peoples Democratic Party (PDP).

The former Senate President emerged after a marathon meeting of the leaders of the zone on Tuesday night at the Benue State Governor’s Lodge, Abuja.

The Benue state Governor, Dr Samuel Ortom, while addressing newsmen after the meeting said the leaders from the six states in the North Central chose Ayu from a number of five aspirants that indicated interest in the race.

The other aspirants that stepped down were Senator David Mark, Ex Governor Ibrahim Idris, Prof Jerry Gana and Attah Idoko

According to Ortom, the leaders of the zone picked Ayu because they believed he had the commitment and capacity to stabilise the PDP and lead the party to victory in the 2023 general elections.

He said the purpose of the meeting was to find a consensus candidate among the five aspirants who would be presented to a larger meeting of the entire Northern Caucus.

He said: “We met here for several hours.

“There was no voting, we all agreed that he is the right person for this job at this time. Tomorrow (Wednesday) the northern stakeholders of our PDP are going to meet. So he will be presented to the northern caucus of the party. I think that by the grace of God they will also accept him”.

The Governor however clarified that the choice of Ayu as consensus candidate of the North Central does not stop the other the Northeast and Northwest from presenting their candidates.

Those at the meeting were former Senate Presidents-Chief David Mark and Dr Bukola Saraki.