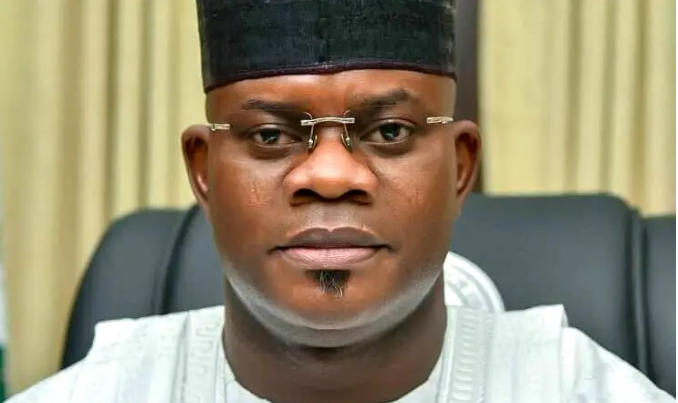 Kogi State Governor, Alhaji Yahaya Bello has vowed to follow up to the logical conclusion the case against police officers who waged riotous attack on an innocent passenger in the state.

The governor who made the vow while reacting to the ugly development also commended the State Police Command for prompt action in the arrest and detention of the officers behind the dastardly act.

It would be recalled that a viral video went out yesterday, showing how a Police Officer assaulted a passenger and also allegedly extorted him of N25,000 forcefully with the use of his ATM card.

Hon. Kingsley Femi Fanwo, Commissioner for Information and Communications said in a statement issued on Sunday that the government will not accept any form of police brutality on the youth in the state..

The statement reads; ‘The Kogi State Government wishes to commend the leadership of the State Command of the Nigerian Police for heeding to the call made by Governor Yahaya Bello to fish out officers who waged riotous attack on an innocent passenger in the state.

“Governor Yahaya Bello promptly directed the State Command to immediately fish out the riotous Police Officers who clearly infringed on the rights of the passenger as such flagrant abuse of rights is not condoned in the State.

“As a Government, we are pleased with the swift intervention of the Kogi State Commissioner of Police, CP Idrisu Dauda Dabban on the matter. We are aware the unprofessional Officers have been identified, apprehended and would be tried immediately.

“As a Government led by young people, we believe Police brutality against the youth is a thing we must kick against in view of our recent history as a nation.

“The Government of Kogi State will follow up on this case to ensure justice is served and served adequately to signal a deterrent for possible future occurrence.

“Our nation will only thrive when the rights of the citizens are respected and protected. This is what the administration of Alh. Yahaya Bello stands for in Kogi State and his wish for Nigeria.

“We owe Nigerians a responsibility of protection and security as the centre of the nation.”