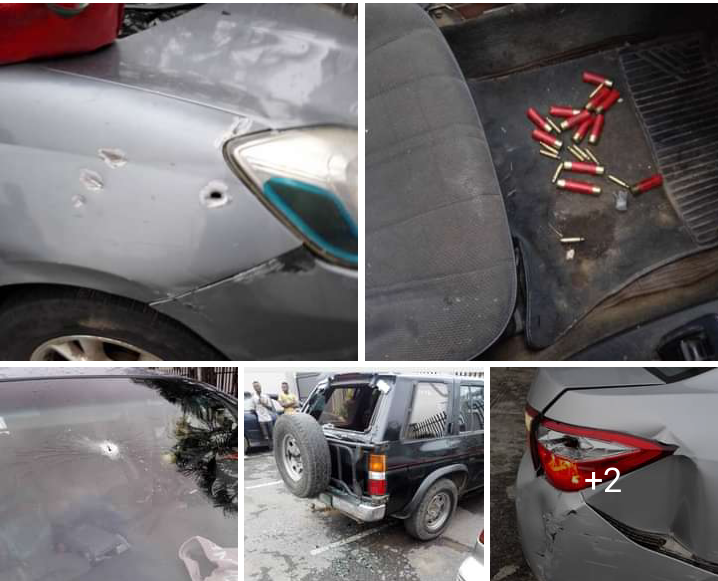 Two factional chairmen emerged from parallel congresses of the Oyo State chapter of the People’s Democratic Party (PDP) yesterday with sporadic gunshots rocking one of the venues where no fewer than 50 vehicles belonging to delegates were damaged.

While Dayo Ogungbenro emerged as the chairman of the Governor Seyi Makinde led faction of the party, a former state lawmaker, Micheal Okunlade, was also elected chairman by aggrieved members of the party.

The Governor Makinde led congress held at the Lekan Salami Sports Complex, Adamasingba, Ibadan while members of the other faction conducted theirs at Jogor Centre, Oke Ado, Ibadan.

Both congresses were well attended by members loyal to the separate factions amidst heavy security presence.

The two factions opted for separate congresses due to their inability to reconcile their differences to form an inclusive state executive.

Governor Ifeanyi Ugwuanyi of Enugu State, who served as the Chairman, 2021 PDP State Congress Committee for Oyo State, announced the winner at the Adamasingba venue at about 5:10 pm in company with other members of the committee.

According to Ugwuanyi, 3,250 delegates from the 33 local government areas of the state were accredited to vote at the Adamasingba congress.

He also declared that 39 executives were voted, with Ogungbenro polling 3,110 votes to emerge the chairman.

The two congresses held as an affirmation of consensus candidates which had earlier been agreed upon by their members.

Makinde, in a brief remark at the Adamasingba event, said the success of the congress is an indication that the same success would be recorded at the forthcoming national convention of the PDP.

He said the PDP would take over Nigeria come 2023, calling on aggrieved members in the state to come back to the main fold with an assurance that they would be accommodated

Makinde said: “This is the first time we are coming together for a congress, and the situation is carnival like. I am sensing the same thing for our national convention.

“They should watch out. PDP will unite Nigeria.

“The only thing I want to say is that those who said they are aggrieved have eyes and they would have seen what happened here today that PDP belongs to all of us.

“They must come back and get integrated in the fold and we will accommodate them.”

In his acceptance speech, Hon Michael Okunlade promised to pacify all members and work towards the development of the party.

He called on all faithful to support the new executive so as to take over the state’s administration come 2023.

Okunlade explained that the disagreement of party members with Governor Makinde was for the best interest of the party, assuring that the party would continue to wax stronger and stronger in the state.

He described himself as one of the victims of the misgivings of governor Makinde.

In his acceptance speech, Ogungbenro thanked all members for giving him the mandate, promising that there would be no leader or servant during his tenure.

Highpoints of the Jogor Centre congress was an attack on the delegates by hoodlums, which left no fewer than 50 vehicles belonging to delegates damaged.

There were also gunshots from the attackers, but the intervention of security operatives on ground stopped the situation from getting out of hand.