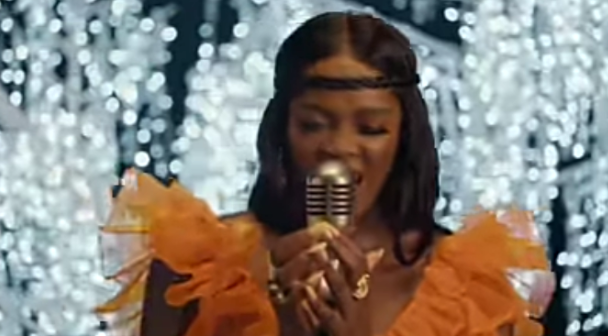 Award-winning singer Tiwa Savage has reacted to her leaked short intimacy video weeks after she claimed someone was trying to blackmail her with the video.

Hours after the video was eventually leaked on Monday night, October 18, 2021, the songwriter took to her Instagram stories to react to the video.

“You hated how I was able to control the narrative and get ahead of the story before it consumed me and how I’m able to joke on stage about something you thought should destroy me and make me feel ashamed,” she wrote.

Continuing, the Universal Music Group recording music act owned up to having a intimacy video with her boyfriend leaked saying she won’t be cowed in to blackmail. “You must knock my head when you see me otherwise. Gistloversblog with my full chest.”

The video has since set a fresh frenzy on social media platforms.

Tiwa is one of the trending topics from Nigeria, in Lagos, and some other parts of the globe.

In an earlier interview with a U.S-based radio station, Tiwa had said the video was mistakenly posted on snapchat but later deleted.

“So what happened was the person did it on Snapchat and he posted the tape by accident and deleted it but someone caught it.”

She went ahead to confirm the intimacy video saying she is aware of the implications it might cause her, stating “It’s a tiny clip but it’s me and it’s going to be out there forever. There are probably going to be memes.”