Baba Ijesha: Court shows video as victim relates how she was defiled 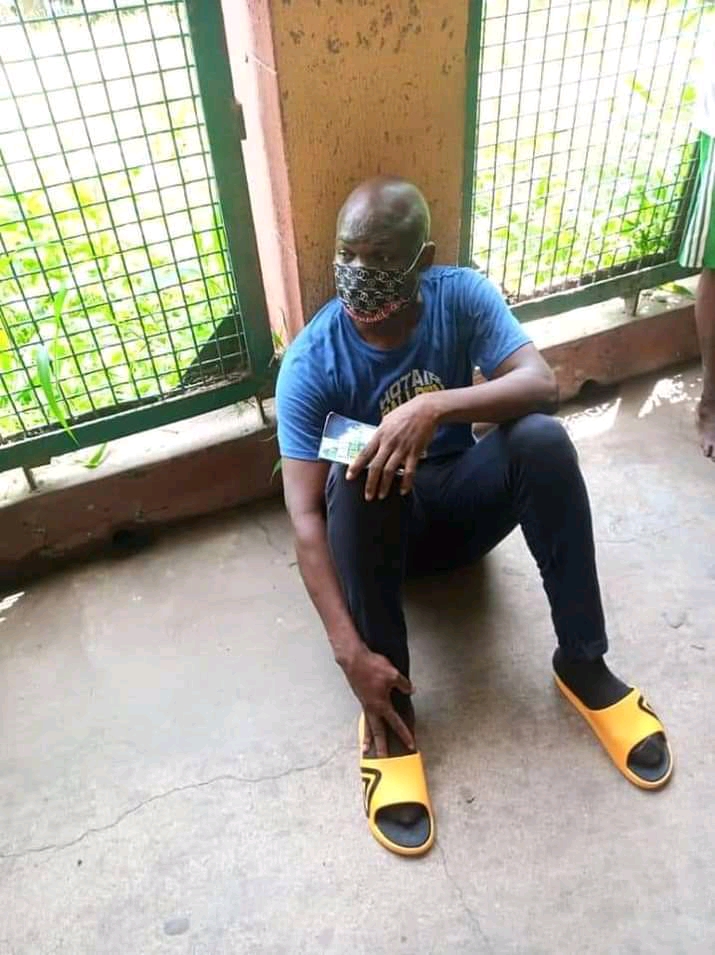 The video of the 14-year-old girl allegedly defiled by Nollywood Actor, James Olanrewaju a.k.a. Baba Ijesha was on Wednesday shown at an Ikeja Sexual Offences Court.

The video of the forensic interview played before Justice Toyin Taiwo showed the victim seated on a sofa relating to the child expert, Mrs. Olabisi Ajayi-Kayode how Baba Ijesha allegedly defiled her inside their house and his car.

Mrs. Ajayi-Kayode relaxed the survivor and was heard telling her to feel free and that she has right not to answer any question she doesn’t want to answer.

Answering questions from the child forensic expert, the survivor said she likes reading novels and watching cartoons and movies.

Asked to relate what she remembered that happened seven years agọ, she said Baba Ijesha used to visit them in their house.

She said on the day in question, she was watching a cartoon movie when the defendant came in while her mother was not at home.

She gave a description of the position of the settee, the shelf and carpets in their parlour.

Using a female and male doll for narration, the survivor described where the defendant sat and invited her to sit on his laps.

She also used the dolls to describe how she was allegedly defiled by the defendant.

She said the defendant asked her if he should bring out his manhood but that she didn’t answer him.

According to her, the defendant brought out his manhood and made her sit on it and that after sometime, she felt his wetness.

She said the defendant used a handkerchief to clean himself while she went to the bathroom and used water, soap and a towel to clean.

She said that the second day, the defendant came to their house and told her mother that he brought fruits for her.

She said her mother instructed her to follow him to his car to bring the fruits.

The survivor, in the video, explained that the defendant parked away from their house and when they got to his car, Baba Ijesha opened the passenger door in front and she had to kneel on the seat and stretched out to reach the fruits on the back seat.

The survivor said it was during this process that the defendant allegedly inserted his car key into her vagina.

She said that she did not ṣee Baba Ijesha again for about seven years until April 19 this year when he suddenly appeared ìn their new house.

According to her, when Baba Ijesha came ìn, he went round the house and was checking the walls.

“I was afraid because I didn’t know what he was about to do. I sat at one side of the settee he sat on the other side. There was a throw-pillow between us.

“He asked if my mum was around, I was afraid to tell him whether or not she was at home.

“He reminded me of the events of seven years agọ.

“He called me to come and sit on his legs and I said ‘No’.

“He said when I was small, I was not afraid of him but now you are afraid.”

At this stage, the DPP, Mrs Olayinka Adeyemi stopped playing the video clip on the order of the Court.

Under cross-examination by the lead defence team, Babatunde Ogala (SAN), Mrs Ajayi-Kayode, told the court that she was a qualified lawyer and certified child forensic expert trained and was certified abroad.

She also said she was not a child advocate but a child forensic expert who had received training on child psychology and development.

She maintained that the brain of the survivor was well developed to recall events that took place seven years agọ.

She maintained that the survivor gave a good account of what happened to her seven years agọ without interference.

Asked how she was able to determine if the survivor was telling the truth, she answered ìn the affirmative stressing that she only asked her open-ended questions.

“When we are doing forensic interview, we always invite the Police,” she added.

Under cross examination by Dada Awosika, SAN, the witness said the method she adopted ìn interviewing the survivor was a global protocol.

She explained that to bẹ trained as a child forensic expert, one must have obtained a university degree in law, medical science first, among other degrees. (The Nation)