#EndSARS: Do not stage any protest in Oyo – Police warn 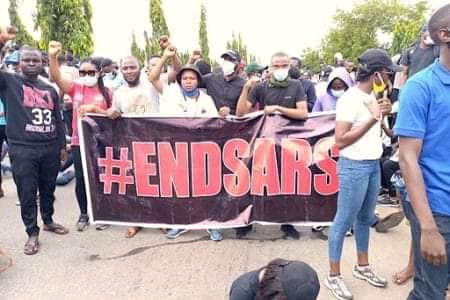 Oyo State Police command, on Tuesday, said that it will not allow anyone to organize any protest in the state.

The police made this disclosure while reacting to a protest, which has been scheduled to hold in commemoration of the anniversary of #EndSARS protest in the state.

Recall that the #EndSARS protest, which was organised by youths in October last year, was held in order to protest against police brutality.

It was gathered that no fewer than five police officers died during the protest in the state last year.

Several properties were also destroyed during the protests.

The state police command has, however, advised youths not to organise any commemorative protest in Oyo State.

Commissioner of Police, Ngozi Onadeko, who spoke on Tuesday, noted that the police in the state has uncovered a plan to organise the maiden anniversary of the protests.

Onadeko in a statement signed by Public Relations Officer of the command, Adewale Onadeko, urged parents and guardians to warn their wards against being used by merchants of anarchy.

He said that the police would use all legal means to prevent such protests.

He maintained that violators would be sanctioned and prosecuted.

“Consequent upon this, the Commissioner of Police, Oyo State Police Command, Ngozi Onadeko fdc, is appealing to individual(s), groups and most importantly architects of these sinister plans, to have a rethink as the Command would not hesitate to use any legitimate means necessary within the ambit of the law to enforce sanity and prevent needless loss of lives and wanton destruction of private and public properties including critical government infrastructures which could emanate from the proposed protests.

“In furtherance to the above, the Commissioner of Police has directed extensive visibility and aggressive patrols by Area commanders and Divisional Police Officers while adequate deployment of operational, intelligence and tactical assets would be strategically positioned across every nook and cranny of the State to compliment and neutralize any threat or act(s) capable of truncating the relative calm enjoyed by the citizenry.

“Furthermore, Parents, guardians and leaders that wield various degrees of influence in religious, educational and traditional capacities are passionately advised to warn their wards and proteges against being used by merchants of anarchy as violators would be thoroughly sanctioned and prosecuted.”