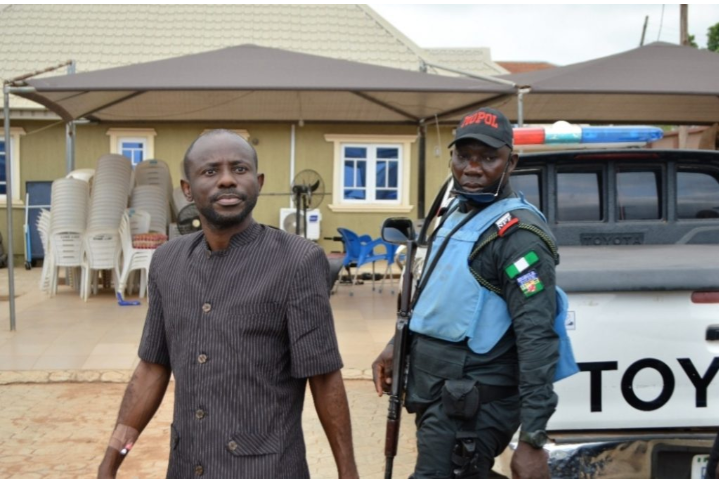 Olaniyan was docked before Justice Uche Agomoh of the Federal High Court in Ibadan, Oyo State, on a 35-count charge.

He is accused of conspiracy, operating business of other financial institutions and obtaining money under false pretense to the tune of N35,000,000.

Olaniyan was arrested in May following petitions that he used his Crime Alert Security Network Investment to dupe people, offering a monthly 30% return on investment.

The offence was contrary to section 58(1) and punishable under section 59(6) (a and b) of the Banks and Other Financial Institutions Act, Cap B3 Laws of the Federation Nigeria, 2004.

This was after claiming that the money was meant for registration, investment and will yield 30% profit.

The offence violated section 1 (I)(a) and punishable under section (3) of the Advance Fee Fraud and Other Fraud Related Offences Act 2016.

Olaniyan pleaded “not guilty” to the charges. Prosecution counsel, Galadanchi Sanusi, asked the court to remand him at the Nigerian Correctional Service (NCoS) and fix a trial date.

Counsel for the defendants, Richard. A. Ogunwole (SAN) informed the court he had filed a bail application.

But Justice Agomoh ruled that it was not ripe for hearing; he adjourned the case until October 25.

Agomoh ordered that Olaniyan be remanded at the NCoS facility in Abolongo, Oyo.