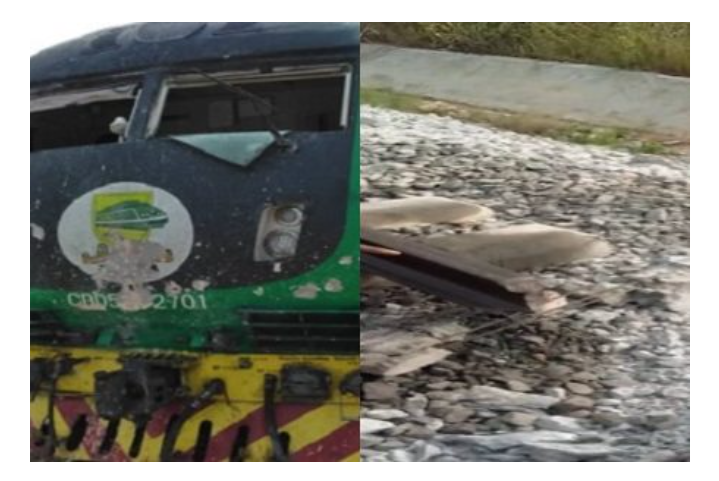 Travellers plying the Kaduna-Abuja rail route on Wednesday night had God to thank as a bomb planted by suspected terrorists hit their train, forcing to derail.

This was immediately followed by a rain of bullets which shattered the driver’s windscreen, as the police escorts, obviously outnumbered, provided little resistance.

The Nigerian Railway Corporation, NRC, confirmed the incident yesterday, saying the train left the Rigasa, Kaduna train station for Abuja in the evening when tragedy struck.

Managing Director of the NRC, Engineer Fidet Okhiria, explained that the explosives damaged the rail tracks somewhere between Dutse and Rijana, in the Kaduna section of the corridor.

He said: “Yes, there was an explosive on our rail track somewhere around Rijana and Dutse last night, and this damaged the tracks.

“Efforts are currently ongoing to ensure that the train services along the Kaduna-Abuja route is fully restored.”

Denying reports that gunshots were aimed the train driver, Okhiria said: “There was nothing like that, it was only an explosive that went up on the track.

“Are you aware that we even ran a train service this morning? (yesterday). There was nothing like shooting on the train by bandits. Efforts are currently ongoing to ensure full train services are restored along that route,” he assured.

“Yester night, bandits attacked the Kaduna-Abuja train. They planted an explosive that damaged the rail track and shattered the windshield of the train engine,” he said.

They also opened fire, targeting the driver.” and the tank. It happened between Dutse and Rijana stations.

“The driver struggled to move towards Kaduna Rigasa station. This early morning (yesterday), I was on board when our train ran over another explosive damaged railing.

‘’The train nearly skid off its track, then we miraculously escaped. All Kaduna Abuja train operations need to be suspended for today (yesterday) until this issue is addressed.”