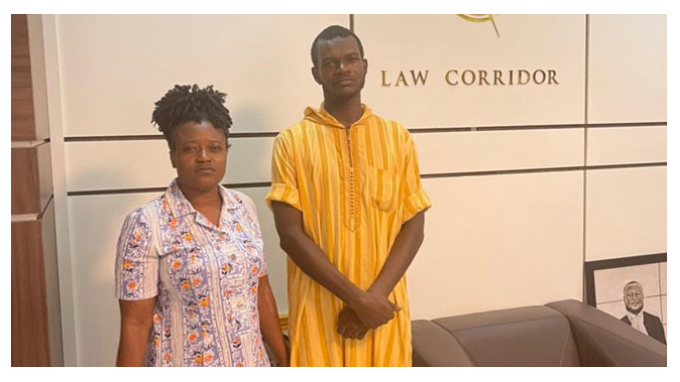 Those released include Jamiu Noah Oyetunji and Amudat Habibat Babatunde (Lady K) who were held back in detention earlier in September when their colleagues were released.

Speaking on the latest development regarding the case, lead counsel to the Igboho’s aides – Pelumi Olajengbesi stated that the matter is still a subject of litigation.

He added that no further comments regarding the issue will be made for the time being.

In July, the DSS carried out a midnight raid of Igboho’s Soka house in Ibadan, Oyo State, and arrested 12 of the activist’s allies, whisking them away to Abuja, where they were kept in detention.

After a brief legal tussle in August, the DSS released 8 of the aides and then another 2 were released in September.

The DSS had been ordered by Justice Obiora Egwuatu of the Federal High Court, Abuja on August 4, to release all 12 detained associates of Igboho, however, the secret police kept two in their custody.

Not satisfied with the ruling, the DSS went ahead to slam five-count terrorism charges against the two aides.

In his reaction to the development, Mr Olajengbesi vowed to file a contempt of court against the secret service regarding the unlawful detention of his clients.

“Sequel to the refusal of the DSS to release the other detainees, concerted efforts were immediately made to resolve all technical issues raised by the DSS.

Accordingly, on Friday the 3rd of September, 2021, all issues raised were resolved and we proceeded to the Headquarters of the DSS to demand the immediate release of the four (4) remaining detainees in their custody,” the statement read.

“Regrettably and in the whimsical habit of the DSS, only two of the remaining four received their freedom while the other two namely; Amudat Habibat Babatunde and Jamiu Noah Oyetunji, remain in the unlawful custody of the DSS. No valid reasons on law were availed the Legal Team for this willful disobedience of the rule of law and court,” the lawyer had elucidated back in September.

He stressed that DSS is a law enforcement agency and should not be allowed to carry out its official responsibility with impunity and absolute disrespect to the law of the land, especially where the constitutional rights and liberty of citizens are at stake.

As at the time of filing this report, it was unclear why the secret security agency chose to release the last two aides in their custody, more details regarding the case are expected in the coming days, as the DSS is yet to make its formal statement.