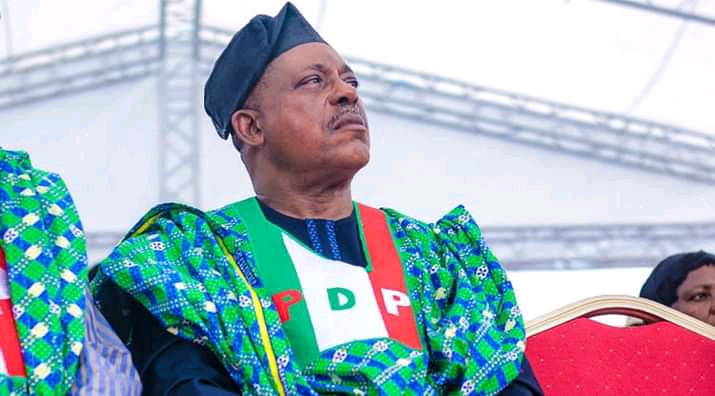 The national convention of the Peoples Democratic Party slated for October 30 and 31, 2021 may not go as planned as its court-suspended National Chairman, Prince Uche Secondus, has threatened to halt the convention.

It was learnt that attempts by party leaders, especially the Senator David Mark-led eight-member committee, to find an amicable solution to the feud between Secondus and the Rivers State Governor, Nyesom Wike, have so far failed.

A fresh dimension to the dispute surfaced on Friday with the lawyers to Secondus insisting that the appeal filed by their client against his suspension was still pending in court.

In the letter written by the legal representatives of Secondus, the suspended chairman warned the PDP against going ahead with the National Convention slated for next week Saturday and Sunday.

The letter dated October 21, 2021, written by the legal chambers of Tayo Oyetibo, Solicitors and Barristers, reminded the party about the pending appeal with suit number: CA/PH1341/2021, and an application before the Federal High Court seeking to restrain the party from conducting its national convention.

Oyetibo threatened to mount a legal challenge to the outcome of the convention should the party go ahead before the determination of the appeal.

He argued in the letter that since the party was in receipt of the court processes with respect to the matter, it was only proper for it to stay action and allow the suit to run its full course.

The letter from Oyetibo read in part, “This letter is intended to draw your attention to the position of the law of Nigeria on this subject as encapsulated in the judgment of the Supreme Court of Nigeria in the celebrated case of Governor of Lagos of Lagos State vs. Chief Emeka Ojukwu (1986) I NVVLR (Part 1 8) 621 @ 637, in which the court reviewed various decisions on the point, and approved the following principles as the correct position of the law, that is:

“The rule is well-settled that where a suit is brought to enjoin certain activities of which the defendant has notice, the hands of the defendant are effectually tied pending the hearing and determination even though no restraining order or preliminary injunction be issued.

“The conclusion to be drawn from all the cases is that after a defendant has been notified of the pendency of a suit seeking an injunction against him even though a temporary injunction be not granted, he acts at his own peril and subject to the power of the court to restore the status wholly irrespective of the merits as they may be ultimately decided.”

In his appeal against the decision of the Court of Appeal, Port Harcourt Division, Secondus is seeking, among others, an order of injunction restraining the PDP, whether by itself, its officers, servants, agents and or representatives, from holding or conducting its national convention pending the hearing and final determination of his appeal.

His lawyers said the application had since been served on the party and other respondents in the appeal.

He, however, noted that “notwithstanding the service of the application for injunction, it has come to the notice of our client that the PDP and its officers continue to prepare to hold the national convention on 30 and 31.”

When contacted, the Deputy National Publicity Secretary of the PDP, Diran Odeyemi, said, “I believe the PDP is a law-abiding party and that it would do the needful. The fact remains that with recent happenings in the party, many members are unhappy but as loyal party members, we look to the party to lead the way.”