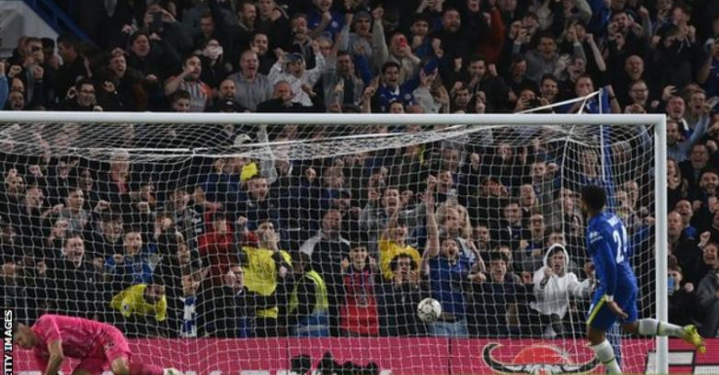 Chelsea progressed to the quarter-finals of the Carabao Cup as they beat Premier League rivals Southampton 4-3 on penalties after a 1-1 draw.

Reece James scored the decisive spot-kick after Theo Walcott and Will Smallbone failed to hit the target with their efforts for the Saints.

Both sides rung the changes for the tie, with Chelsea bringing in six different players from the 7-0 Premier League win against Norwich at the weekend while nine players came in for the visitors.

The hosts settled better into their rhythm and took the lead a minute before half time when Kai Havertz headed home his third goal of the season from a corner.

However, Southampton responded two minutes after the restart when Che Adams stabbed in from close range after Kepa spilled Kyle Walker-Peters’ shot.

The goals brought the game to life as play then swung quickly from one end to the other.

Fraser Forster prevented the hosts from regaining the lead when he tipped over a James drive following a short free-kick, while substitute Shane Long headed wide for the visitors.

Smallbone almost marked his return to the first team after nine months out following an ACL injury with the winner, but his late header was saved by Kepa, who then produced two brilliant stops in stoppage time to deny Lyanco and Mohammed Salisu.

Those proved crucial as Chelsea came out on top in the penalty shootout to keep themselves firmly in the hunt for silverware this season.