I Will not enact law for financial independence for judiciary – Wike 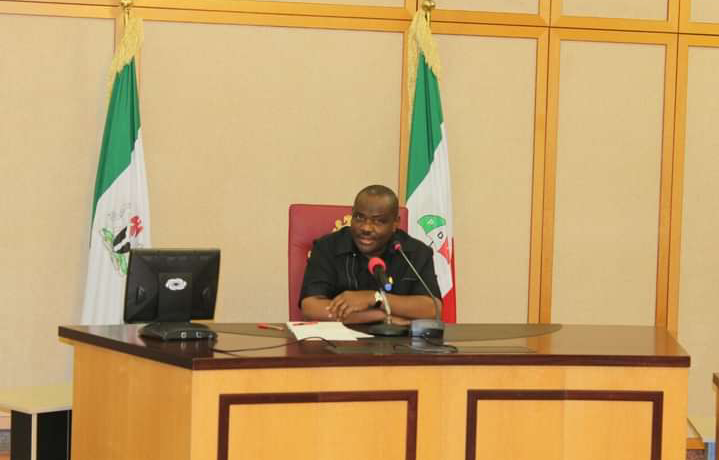 Governor Nyesom Wike of Rivers State has vowed that the state government will not enact any law for financial autonomy for the state judiciary.

According to Wike, the 1999 constitution already recognizes independence for the Nigerian judiciary.

The governor made the observation at the dinner in honour of delegates to the 61st annual conference of the Nigerian Bar Association, NBA, held at the banquet hall, Government House, Port Harcourt on Monday night.

Wike said it would be wrong for the federal government to issue directives for states since Nigeria does not practice a unitary system of government.

He said “Nobody can force me on how my state will operate. Nobody can say send this bill to the legislature for judiciary autonomy. The constitution has already guaranteed that the judiciary must be independent and we have agreed on that.

“Amendment had been done that the judiciary must be independent, and on first line charge. If I’m not obeying that, there is a sanction for it.”

Governor Wike also noted that his administration had released all the capital expenditure for 2021 since September.

He however challenged the federal government to prove it has done the same for the National judiacary arm of government.

Governor Wike, therefore, advised the Federal Government to stop “playing to the gallery” with the issue of financial autonomy for the judiciary.