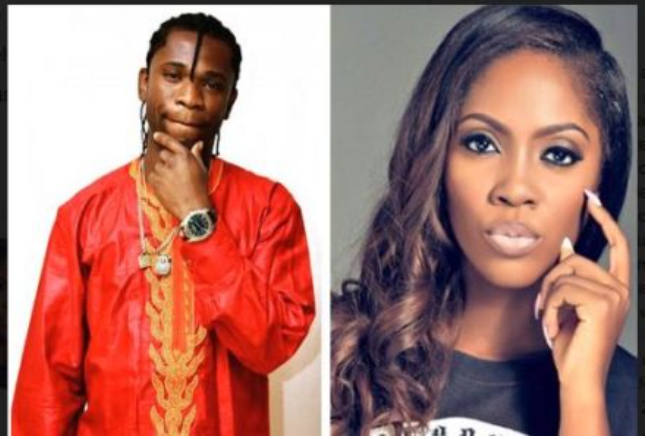 Musical artiste Darlington Okoye popularly known as Speed Darlington has argued that viral intimacy tape of Tiwa Savage was deliberate from the singer.

The intimacy video was leaked on October 18, days after Tiwa Savage raised an alarm of an intending blackmailer hoping to milk her off her hard-earned money.

In an interview with a U.S-based radio station, the “Koroba” singer had said the video was mistakenly posted on Snapchat but later deleted.

Speed Darlington in his reaction via a video declared that the “Number 1 African Bad Gyal” leaked her intimacy video all by herself.

According to the “Ogiriga Owuwa” singer, the mother of one released the video because of her desire to stay relevant.

“I don’t believe anybody blackmailed Tiwa. Tiwa released that video on her own because she wants to stay relevant,” he said.