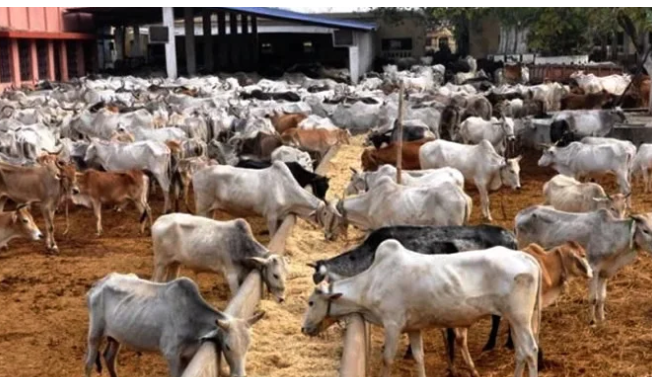 No fewer than 22 states have written to the Federal Government to indicate interest in the National Livestock Transformation Programme.

Andrew Kwasari, the Senior Special Assistant to the President on Agriculture who also coordinates the NLTP, disclosed this in an interview with newsmen on Tuesday, adding that the Federal Government would start disbursing funds for model ranches in the next one week.

Following incessant clashes between farmers and herders, the Federal Government in 2018 came up with various ranching models, including Ruga and the NLTP, to settle nomadic herdsmen, who are mostly Fulani.

On Sunday, the President’s spokesman, Garba Shehu, in a write-up in response to a story published by The Economist of London, said the Federal Government’s ranching programme had reduced insecurity in the country in the last 12 months.

He, therefore, urged state governors, who had not embraced the scheme, to do so

“That is the first condition in the NLTP document. This project is not just something that is done on paper. There are guidelines as approved by the National Economic Council.”

Although he did not specify the amount that would be disbursed, the presidential aide said two of the states, Nasarawa and Plateau, would be getting financial support from the Federal Government for the establishment of model ranches in about a week.

He stated, “In fact, this morning (Tuesday), I was following up with the accountant-general’s office concerning the pilot money to Nasarawa and Plateau.

“We are expecting the Federal Government to credit Nasarawa and Plateau’s accounts; their sites are ready for take-off to build the first ranch and to train pastoralists in how to build ranches.”

Kwasari said Adamawa and Kaduna states were among the 10 states that had established offices and prepared for the programme.

“The government will support them, but they have their own contributions to make. We are also working with the Dutch Government, which has also given some support,” he added.

The presidential aide explained that the model ranches would be used to train pastoralists and help them build their own ranches.

He noted that some people had described the NLTP as another Ruga project.

He stated, “But the bottom-line is that the NLTP is an ecosystem approach. It has six pillars that address all the things that have gone wrong with our livestock production system.

“I just spoke with the office of the accountant-general and by Friday or in a week’s time, I should be able to tell you that the money has been credited to the Nasarawa and Plateau NLTP accounts.

“I will also be able to tell you when work will start on the model projects; to me, that is the most important thing.”

Kwasari added that states like Nasarawa, Adamawa, Plateau, Taraba, Gombe, Kogi, Kwara and Ondo, which had met the NLTP conditions, should be supported by the Federal Government in establishing model ranches.

Asked how much the Federal Government would give as support, he stated, “To build a pilot ranch for the training of pastoralists and crop farmers costs about N400m.

Animals in the ranches will not be allowed to leave the facility all year round, while households will send in representatives, who will be trained in the model ranches in the pilot states.

Kwasari noted that once the pastoralists were able to get feed and water for their livestock, they would have no business moving cattle from one state to another.