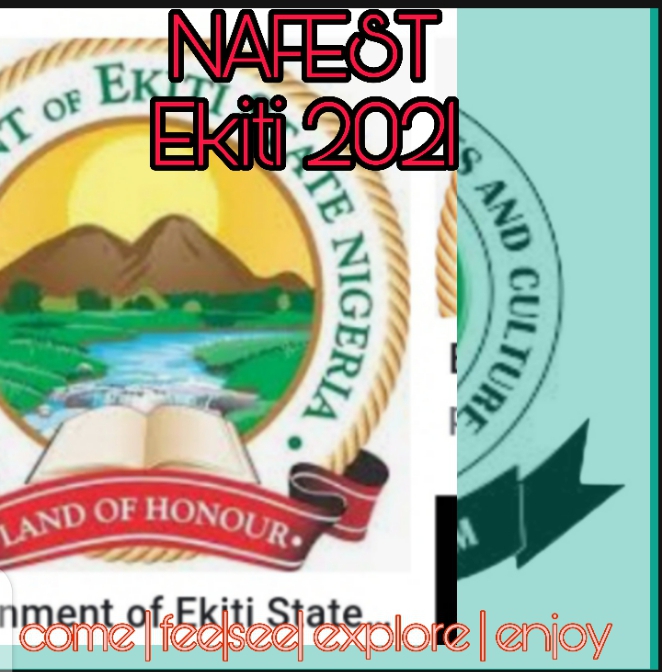 There is a smear media campaign by some unscrupulous individuals hiding under a religious group claiming that the upcoming national cultural fiesta slated to hold in Ekiti State from November 13 to 20 is an assemblage of demons and dieties. The specious campaign traces the begining of what it termed ‘Nigeria’s problems’ to similar cultural exposition that took place in 1977.

Ekiti Government, being a responsible government and committed to improving the social and economic lives of its people, has facilitated the hosting of the national high capacity event in Ekiti State rather than appreciating the immense sacrifice it involves and consider the inherent socio-economic advantages such events would bring to the State, some fake religious groups are going about displaying their ignorance and making spurious claims, telling sanctimonious lies and calling for prayers on the social media against the national fiesta.

It is important to respond to the ignorance being displayed by this group of evil campaigners not only because it is necessary but to ensure that the good people of Ekiti State are not derailed by their ignoble sentiments from the good vision of the State Government.

National Festival for Arts and Culture NAFEST is not a religious gathering. It is a convocation of people, regardless of religion or creed, for the purpose of promoting the diverse Cultures and the various arts and crafts that are peculiar to them. It features both competitive and non-competitive events like dance, drama, essay-writing, cuisine, moonlight story-telling, crafts exhibition, local fabric fashion exhibition, etc.NAFEST engenders commercial activities and stimulate influx of tourists and visitors to the host State.

Ekiti State expects to have nothing less than 4,000 participants from 36 States and the FCT in addition to about 2,000 itinerant traders and over 5,000 tourists and visitors. This is the reason NAFEST has continued to be one of the best events that boost the nation’s economy annually through income earning and receipts from tourism, transportation, retail sales as well as sundry services.

It is therefore a calculated mischief for any group of people, under whatever banner, to make unholy attempts at depriving Ekiti people of the benefits of profiting from this rare opportunity.

If culture is the problem of Nigeria how has religious fanaticism helped the nation since 1960?. With the number of religious gatherings and worship centres across every cranny and nook in Nigeria, what solution has any religion brought to the mundane challenges facing us as a nation? The religious body who has directed its members to hold a Special Prayer for Ekiti State against NAFEST, when last did it hold a prayer session to check the rising cost of commodities and services on the State? When step has it taken to make missionary schools affordable for indigent parents to send their wards and children to attend? Why would any religious body constitute itself into an enemy of government, a responsible government which strives by all means to ameliorate the suffering of the citizenry through creative and innovative programmes and policies?

Hosting NAFEST is in the best interest of Ekiti people; Edo hosted in 2019; Plateau hosted in 2020, Lagos is to host next year. Has Christianity, traditional religion or Islam witnessed a backward plunge and idolatry entrenched in the States that have hosted the festival before Ekiti upcoming hosting? What brought about the fear that Ekiti State would witness a descent into Idol worship?
Ekiti people are advised to ignore any publication or broadcast against NAFEST. It is all about social activities and economy. Culture is just the platform. It has nothing to do with religion. It has nothing to do with deities, angels or demons. It is about commercial activities, socializing, celebrating, visiting tourist sites, making money and spending money.

Ekiti people are to benefit most because, others would come with their money, spend the most part of it here to buy food, drinks, pay for accommodation, pay for services and go back when the money is almost depleted. Therefore is any Pastor or Imam speaks against NAFEST, he speaks against the individual and collective prosperity of the State. He speaks about you learning new innovations; he speaks against your freedom from poverty. Date: 13th to 20th November, 2021. Venue: Civiic Centre Ado-Ekiti and the Ekiti Parapo Pavilion. 24-hour marketing activities for 7 days means a lot for Ekiti economy. Be Prepared to be a good host!!!