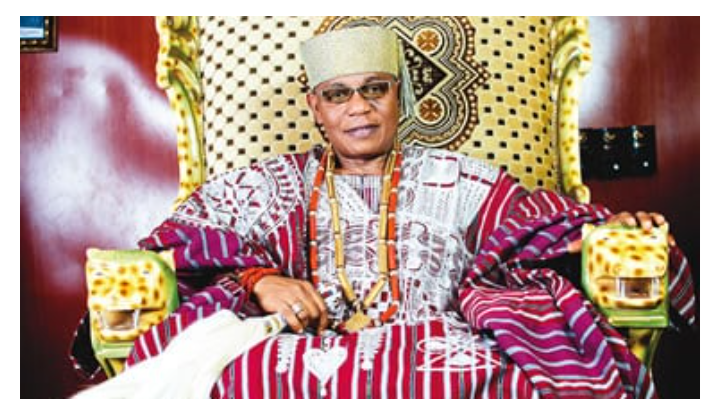 The paramount ruler and Deji of Akure, Oba Ogunlade Aladetoyinbo Aladelusi has reiterated that he has the authority to appoint minor obas under his domain.

Oba Aladelusi, who is also the Chairman of the Ondo State Council of Obas has been criticised over his appointment of Prince Henry Adeyeye as the Iralepo of Isikan, a community within the Akure metropolis.

The Deji’s action was condemned as one Prince Gbenga Ojo had been elected as the new monarch of the community by the kingmakers.

In a statement issued by the Chief Press Secretary to the monarch, Mr Michael Adeyeye, on Tuesday, the traditional ruler said Iralepo remains his quarter chief and he had the right to appoint whoever would be the head of the community.

The statement read in part, “It is important to state for clarity sake that the Deji of Akure Kingdom decided to readmit the late Iralepo of Isikan, High Chief Olu Ojo as a member of the Deji in council and equally reinstated him from the suspension placed on him to enable him to perform his role as a quarter chief of Isikan after his passionate appeal via a letter personally signed by him and addressed to the Deji of Akure Kingdom.

“Late High Chief Olu-Ojo in his letter titled “Passionate plead to lift the suspension placed on the chieftaincy of Iralepo of Isikan” admitted being a Quarter Chief and pleaded with the Deji being the appointing authority to lift the suspension placed on him by the Late Oba Adebiyi Adesida, to allow him to perform as the Iralepo of Isikan, Akure; and His Majesty graciously granted his request.

“The purported Omowa of Isikan and the purported Iralepo-elect failed to tell the whole world that the late Iralepo performed his functions as a Quarter Chief and promptly attended the Deji in Council meetings until his demise. Interestingly, Mr Gbenga Ojo (the purported Iralepo-elect) usually accompanied his father to the Deji in Council meeting. Though, he is not allowed to witness the proceedings as non-members are not allowed not even as an observer. High Chief Olu Ojo died and was buried as a Quarter Chief. He lived peacefully with the Deji and was very cooperative and loyal. We wondered what could be the motive of those who called themselves Kingmakers making frantic efforts to change the narratives and trying to confuse the public on the status of the Iralepo.

“The fact that the Ministry of Local Government was misled by the desperate purported “Omowa of Isikan” into erring on the part of the law does not legalize the illegal selection allegedly carried out. There is no gainsaying that such selection does not have a place in law and it is, therefore, ultra vires null and void and of no effect.”