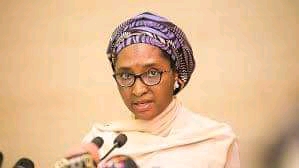 There is no plan to end petrol subsidy for now, the Federal Government said yesterday.

Mrs. Zainab Ahmed, Minister of Finance, Budget and National Planning said provision has been made for the first six months of next year.

The Minister explained that subsidy payment would stop since complete deregulation of the downstream oil and gas sector will start by July 2022.

Zainab stated this at a panel session during the 27th Nigerian Economic Summit (NES#27) in Abuja on Monday.

“In the 2022 budget, we only factored in subsidy for the first half of the year; the second half of the year, we are looking at complete deregulation of the sector, saving foreign exchange and potentially earning more from the oil and gas industry, “ Ahmed said.

Although no specific provision was made for subsidy payment in the 2022 budget, a top official of the Finance Ministry, said yesterday that the government was banking on extra-budgetary expenses for the purpose.

“Money to fund petrol subsidy will be drawn from a special account domiciled in the Office of the Accountant General of the Federation (OAGF),” the official explained.

Salami said he had argued for a long time that subsidy needed to go since the Petroleum Industry Act (PIA) made the payment illegal.

The EAC chairman said: “ The PIA essentially makes illegal to pay petrol subsidy. Yes, there is a period where NNPC(Nigerian National Petroleum Corporation) and the new regulatory agencies must calibrate themselves, but at the end of this period – and I think it is about six months, which explains why the minister has said for the first half of the year, there is a provision.

“My view will be if we could get it done sooner than that, it will be excellent. It releases money. The key point is simply this: we are now, any which way, at the tail end of that conversation, except if we choose not to obey the law. My sense is we will obey the law and subsidy will be gone.”

NNPC, the only importer of petrol, deducts subsidy payment from oil and gas proceeds due to the federal, state, and local governments since no provision was made for it in the 2021 budget.

The DMO boss explained that “when you borrow and invest monies wisely, it will enhance growth and development”

She added that that was “why we(government) issued promissory notes of N1.5 trillion approved by the National Assembly. “

Oniha said: “We can’t talk about debt alone; we must also talk about revenues. When you borrow and invest these monies wisely, it will enhance growth and development which is why we have issued promissory notes of N1.5 trillion approved by the National Assembly.”

She noted that “to include any debt data in the country’s debt stock, it has to be approved by the National Assembly and the Federal Executive Council,

The DMO chief admitted that Nigeria’s debt service to revenue is high and should not be at the level that it is. She therefore called for multiple ways of growing revenue to invest in the future.

She said Nigeria’s Debt Management Strategy “provides a framework on how to undertake borrowings in the country”.

Another panelist, Taiwo Oyedele, suggested that “if we want to optimise, we have to harmonise multiple taxation and multiplicity of collection agencies to ensure that revenue collection mechanisms are boosted.”

Oyedele, who is Africa Tax lead at the PwC, disagreed with some policies of the government which allows about 60 MDAs(Ministries, Departments, and Agencies) to generate revenue.

According to him, “it is impossible for that number of agencies to be involved in revenue collection. They should concentrate on providing services.”