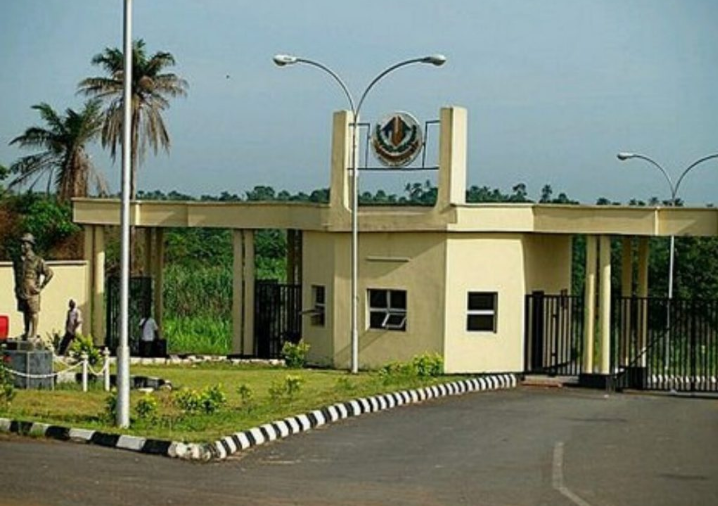 The management of Tai Solarin University of Education (TASUED), Ijagun, Ogun State has shut down the citadel of learning following the clash between students and soldiers from the Nigerian Army barracks in Ilese.

Recall that some aggrieved students of the university had on Friday taken to the street to protest over the arrest and detention of their colleagues by the soldiers on Thursday.

The Vice Chancellor, Prof. Wole Banjo, told newsmen that he had gone to the army barracks to find out why some of the students were detained by the military men.

Banjo, in the morning, said he had been making moves to ensure the release of the students, among whom was a student leader.

During this time, it was observed that the protesting were confronting soldiers, who were battle-ready with armoured personnel carriers stationed at Conoil filling station, along the Benin-Ore road.

To douse tension, the Senate of the university, at an emergency meeting helps Friday directed that all students should vacate the campus with immediate effect.

“The Senate of Tai Solarin University of Education Ijagun, Ogun State at its emergency meeting has directed that all Students are to vacate the University’s Campuses immediately .

Contrary to rumour that it was the university that invited the soldiers to arrest the students, Odubela clarified that “the University Management at no time invited any military personnel or Security agencies into the Campus as all the university Campuses are peaceful and calm,” adding that no student was shot dead.

Efforts to reach the Vice Chancellor for the outcome of his meeting with the military officers was unsuccessful as he did not answer calls to his phone.

Meanwhile, the the National President, National Association of Nigerian Students (NANS), Sunday Asefon, has given the Nigerian Army a 24-hour ultimatum to release the arrested students.

Asefon said “the Nigerian Army is naturally expected to concentrate her efforts in combating the multifaceted security crises in Nigeria and not have the luxury of time to spare to harass students who are not carrying arms against the nation.”

He expresses displeasure that the Nigerian Army in Ilese “harassed and intimidated armless students”, saying “it was a clear indication of their lack of commitment to national security and we believe it is only reasonable if the ranks and file at the Ilese Barrack are redeployed to the North East to fight real war against bandits and terrorists so that they can get busy.”

“I therefore, on the potency of the mandate of all Nigerian Students across board, give a 24hrs ultimatum for the unconditional release of all our students being held at the barrack. Failure to company with this ultimatum, I advice the Nigeria Army in Ogun State to immediately begin to mobilize arms and calling for re-enforcement as I will relocate the National Secretariat of NANS to Ogun State, specifically the Ilese Barrack, lead from the front with thousands of students mobilized across the nation and either get killed by the trigger happy soldiers or enforce the release of our students,” Asefon threatened.