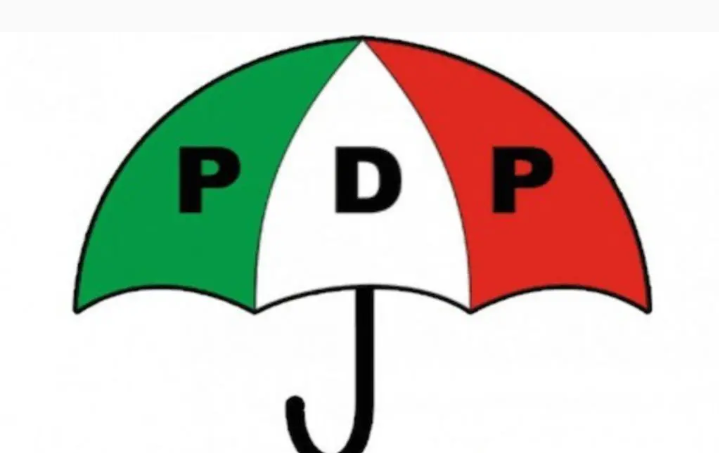 The Peoples Democratic Party (PDP) has said that it has not been able to complete its permanent national secretariat complex since 2010 because the party is broke.

The revelation was contained in a report presented to the PDP national convention by the party’s National Secretary, Senator Umaru Tsauri.

“Efforts were made to see to the completion of the new secretariat, however, this was stalled by paucity of funds”, the report, which came under a subheading ‘PDP New Secretariat Complex’, stated in the first paragraph.

The project, whose construction started in 2010, is located on Plot 243, Cadastral Zone A, within the Central Business District, Abuja. The expansive building sits on an area of 7114.39 square metres.

Giving a breakdown of the various components of the 12-storey building, the report indicated that there are two basement floors with approximately 360 parking lots.

Other facilities that come with the building include a modern conference centre with over 300 seating capacity, “with latest ICT facilities”, the report added.

Also, the report indicated that the building is expected to accommodate support services like IT and Telecommunication services; internal and external electrical and mechanical services; external works and beautification and landscaping of the surroundings of the building.

Putting the overall average completion of the building at 62 per cent, the report further stated that contract for the project was awarded to Messrs BNL Engineering and Construction Limited, “after all necessary diligence and due process”.

The project site, Tsauri stated, was handed over to the company on April 20, 2010 and that work started in earnest “with a view to finishing in record 30 months (126 weeks)”.

According to him, the civil/structural works on the entire project had gone up to about 98 percent completion.

Ironically, in concluding the report, Tsauri took a swipe at the All Progressives Congress (APC), describing the ruling party as “clueless and vicious”.

“In conclusion, I have to pay tribute to our state governors who are the strong pillars of support to this party.

“It is sincerely difficult to oppose a clueless and vicious government like the present government with power mercy and vendetta. But yet our governors are able to stand the intimidation and survive it. We are proud of you, Your Excellencies”, he concluded.

The contractors handling the project were said to have abandoned the site in 2014 as a result of the failure of the party to commit funds to the project.

Recall that the PDP had, at various times in the past, while the party was still in power, raised about N21 billion through fund raising dinners, purportedly to complete the project.

Among the major donors at the time were billionaire businessmen, Alhaji Aliko Dangote and Mr Femi Otedola.