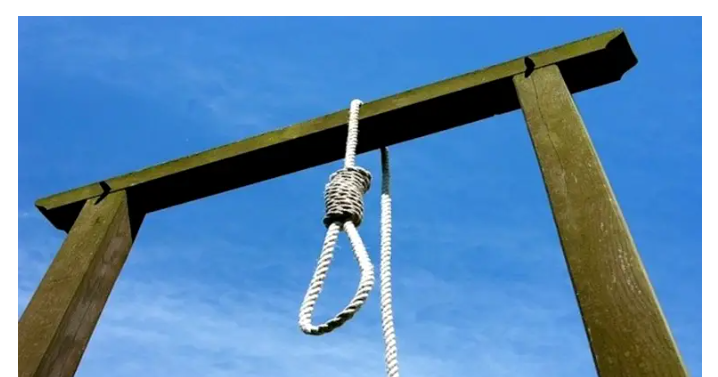 An Ado-Ekiti High Court on Tuesday sentenced Afolabi Taiwo (43) to death by hanging for armed robbery.

Justice Abiodun Adesodun, in his judgement said, “the prosecution has led credible, cogent and compelling evidence to establish all the three essential elements of the offence of armed robbery against the defendant as charged. He is hereby sentenced to death by hanging. May the Lord have mercy on your soul.“

According to the charge Afolabi Taiwo on the 17th of June, 2017 at Oke Osun, Ikere Ekiti, robbed Ayeni Oluwaseun Pius of his Lexus Jeep with Registration Number Lagos KTU 479 DM and also robbed Aturamu Adesina of the sum of N43,000.00, Infinix Note 3 phone among others, at the time of the robbery, he was armed with gun.

In their testimony before the court, the victims said, they were coming from an outing on the fateful day, when the defendant who was their neighbor and recognized his voice very well, alongside other three unknown gunmen came out of their hidings when alighting from the Jeep, they struck them with cutlass, collected the Jeep key and other valuables, tied their hands and mouth and escaped.

The matter was reported at the police station while the Jeep was later tracked in Ore town in Ondo State.

To proof his case, the prosecutor, Oluwatoyin Marcus called three witnesses and tendered statements of the victims and defendant, bond to release vehicle at the police station and others as exhibits.

The offence runs contrary to Section 1(2) a, of the Robbery and Firearms (Special Provisions) Act, Cap R11, Laws of the Federation of Nigeria, 2004.

The defendant spoke in his own defense through his counsel and also called three witnesses. (Vanguard)