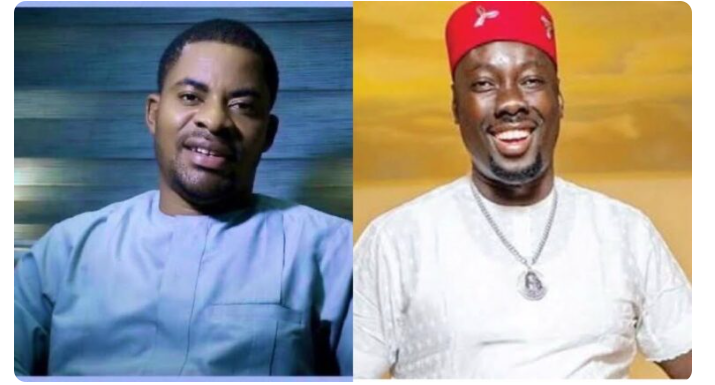 Deji Adeyanju, social media writer, and political activist has reacted to the arrest of Nigerian billionaire Obinna Iyiegbu, a.k.a Obi Cubana by the Economic and Financial Crimes Commission, EFCC.

The Anambra-born club owner, who arrived at the headquarters of the EFCC at Jabi, Abuja, at noon on Monday, was interrogated by operatives of the commission.

A source in the EFCC disclosed that Obi Cubana’s case borders on alleged money laundering and tax fraud.

Since then, several reactions have been trailing on arrest by many Nigerians and friends of the socialite.

Reacting to Cubana’s arrest, Adeyanju said when he publicly asked the businessman to “calm down”, many attacked him and said he was jealous of him.

Adeyanju further told Cubana that he should be grateful that it was EFCC that picked him up, because if FBI did, it could get worse.

He tweeted; “EFCC can arrest Obi Cubana but Abba Kyari is free.
Tinubu the Bullion Van king is free Wonderful one Nigeria.

“When I told Obi Cubana to be careful, some people said I was jealous of him. It’s still much better to be arrested by the EFCC than FBI. He should be celebrating that it’s EFCC. Calm down Obi. It’s not serious for now but it could get worse.”

EFCC can arrest Obi Cubana but Abba Kyari is free. Tinubu the Bullion Van king is free Wonderful one Nigeria.

A reminder that Bullion Vans ferried billions to Tinubu’s house on the eve of last election but the EFCC is yet to arrest him. We have a petition that is over a year old at the commission. We wrote the petition after EFCC challenged us to do so before they can arrest Tinubu. pic.twitter.com/RneDXvBYik