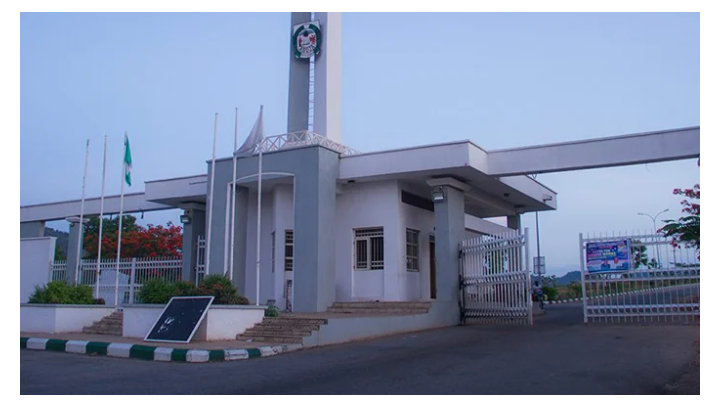 The chairman, Academic Staff Union of Universities, University of Abuja chapter, Dr Kassim Umaru, on Tuesday said seven persons were kidnapped in the early morning raid on the institution.

The ASUU chapter leader called for prayers for the release of the victims.

He said, “Those kidnapped are Prof. Obansa and his son, Prof. Oboscolo with his son and daughter, Sambo Muhammed, who is a non-Academic Staff and Dr Tobins.

“We condemn the attack and we covet your prayers for their safe return.”

The gunmen had stormed the Senior Staff Quarters of the UNIABUJA in Giri, Gwagwalada Area Council of the FCT on Tuesday around 1am, and left with the abductees.

The son of a professor, who was among those abducted, Fidelis Obansa, said he was initially abducted alongside his father and brother but was later released.

He said, “We started hearing gunshots around 12.30 am; we thought they were armed robbers.

“Some minutes later, they entered our house and took away our laptops and money; they went with the three of us from my family – my dad, my younger brother and I.

“They later released me and one Mrs Oboscolo; initially I counted eight people in the bush. They took six away. My brother and dad are still with them.”

He said, “The men broke into my house, ransacked everywhere and stole my phones, laptops, money, broke my doors, damaged all the bulbs and left with my children. My nine-year-old boy and his sister would now be trekking in the forest in night wears. This is unfortunate.”

The Vice Chancellor of the University, Prof. Abdul-Rasheed Na’Allah said, “This is becoming a daily affair. It is very sad that three staff members and three of their children have been abducted.”

Also, the Commissioner of Police, FTC Police Command, Babaji Sunday, said, “A joint operation involving the police, men of the Nigerian Army and others have been launched to rescue the victims.”

Also confirming the incident, the police spokesperson, DSP Josephine Adeh , in a statement on Tuesday said preliminary investigations revealed that six persons were taken away.

It partly read, “The CP noted that a combined team of the Police and personnel of the Nigerian Army 176 Guards Battalion were mobilised to the area to protect the citizens. Preliminary investigations however revealed that six persons were allegedly abducted by the criminals on sighting the security operatives. “

Meanwhile, some students of UNIABUJA have called on the management to increase security on the campus.

Some of the students, who spoke to our correspondents on condition of anonymity, expressed fears over the possibility of the bandits returning.

One of them said, “I am afraid; we were thinking that the abductions were secondary school thing, now it has graduated to universities.”

The Public Relations Officer of the university, Dr Habib Yakoob, said, “For now, we have not received reports that the abductors have demanded payment of ransom.”

He added that the university was not considering closing the school over the incident.

He said, “I am surprised that UNIABUJA which is very close to the road does not have a fence; that university is close to 30 years.

“It is a sad day for me and those in the academics because two children of those kidnapped are our members, that’s what we have been talking about. What we have now is that university has now become a constituency project, you want to announce to your constituency that I have given you a university, meanwhile, your children cannot attend those universities because you know it is a project that you are passing through so that in next election you can win.

“The money used to established new universities can be used to furnish the existing ones among the first or second generation universities. Government should change their trajectory and fund education just like other countries in the world because without education, there is no hope for a country.”

However, while condemning the attack, the Peoples Democratic Party in a statement by the National Publicity Secretary of the party, Kola Ologbondiyan, lamented the spate of insecurity in the nation.

It partly reads, “The party describes the attack as cowardly and demanded an unconditional release of the victims to reunite with their families members.

“The party laments the persistent insecurity in the nation and urged all the citizens to be at alert and assist security agencies in their genuine efforts to secure the country under an incompetent administration.”

Likewise, the Convener of Centre for Liberty, Dare Ariyo-Atoye slammed the Buhari regime for failing to tackle the increasing bandit attacks across the country.

Ariyo-Atoye said, “Addressing insecurity in the proportion of Fulani terrorists also known as bandits invasion of communities and kidnapping of people and students will require a more holistic approach than it is presently being treated by the Buhari regime.”

Also, another group, the Socio-Economic Rights and Accountability Project, via it twitter handle, warned that the Nigerian government would be held to account if the victims were not rescued.