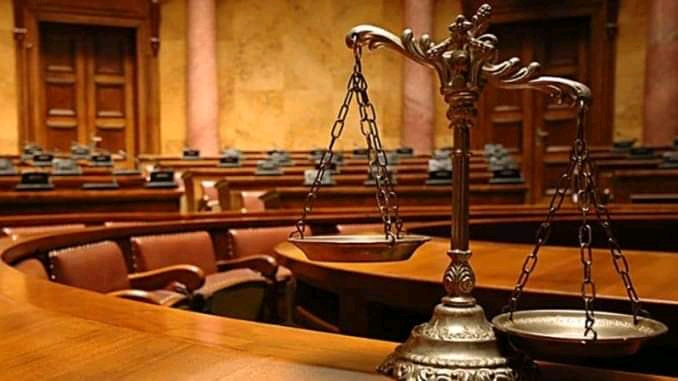 The Benin Zonal Command of the Economic and Financial Crimes Commission, EFCC, on Wednesday, secured the conviction of one Balogun Mayowa (aka James) on one count charge bordering on fraudulent impersonation before Justice S. M. Shuaibu of the Federal High Court, Benin-City, Edo State.

The anti-graft agency had said that Mayowa in April 2021 in Owo, Ondo State, with the intent to defraud, impersonated the identity of one James ( a white man ) and sent documents through the internet to unsuspecting ladies, claiming that the documents emanated from the said James.

The offence. according to the agency contravenes section 22(2)(b)(ii) of the Cybercrime ( Prohibition, Prevention, Etc) Act 2015 and punishable under same Act”.

The charge reads, “that you, Balogun Mayowa (aka James ) on or about the 23rd April 2021 within the jurisdiction of this Honourable Court did fraudulently impersonate on your Instagram account the identity of one James ( a white man) and sent out documents to unsuspecting ladies through the internet which documents you claim emanated from him, with the intent to obtain money from the ladies and thereby committed an offence contrary to section 22(2)(b)(ii) of the Cybercrime ( Prohibition, Prevention, Etc) Act 2015 and punishable under section 22(2)(b)(IV) of the same Act”.

When the charge was read to him, he pleaded guilty. Based on his plea, the Prosecuting Counsel, F.O. Dibang urged the court to convict and sentence the defendant.

However, Counsel to the defendant, Philip .E.Owachu pleaded with the Court to temper justice with mercy and honour the terms of a plea bargain agreement between the defendant and the prosecution.

Justice Shuaibu, convicted and sentenced Mayowa to two (2) years in prison with an option of N200, 000 fine.

Shuaibu also ruled that the items recovered from the defendant in the course of investigation be forfeited to the Federal Government of Nigeria.