Obi Cubana Did Not Take Photo With Our Staffs – EFCC 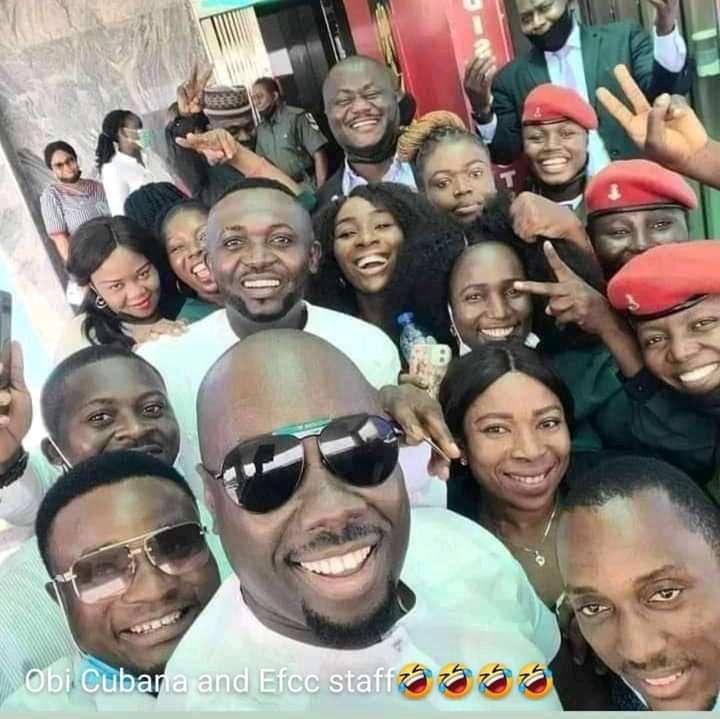 The Economic and Financial Crimes Commission (EFCC) has denied its staff ever took photos with billionaire socialite and businessman, Obi Iyiegbu popularly known as Obi Cubana.

The denial is coming after the EFCC released Obi Cubana and soon after a photo of the billionaire socialite supposedly with staff of the Commission started trending on social media.

A statement by the EFCC reads: “The attention of the Economic and Financial Crimes Commission, EFCC has been drawn to fake news trending on social media with the caption, “EFCC Crew poses for quick photograph with billionaire socialite and businessman Obi Cubana”.

“The caption is as fake as any fake news can ever be because, at no time during his ongoing investigation, period in custody or release did Obi Cubana pose for photographs with EFCC staff”.

The anti graft agency held Obi Cubana reportedly over allegations of money laundering, tax evasion and public abuse of the Naira. After three days of questioning, the Commission eventually released him.